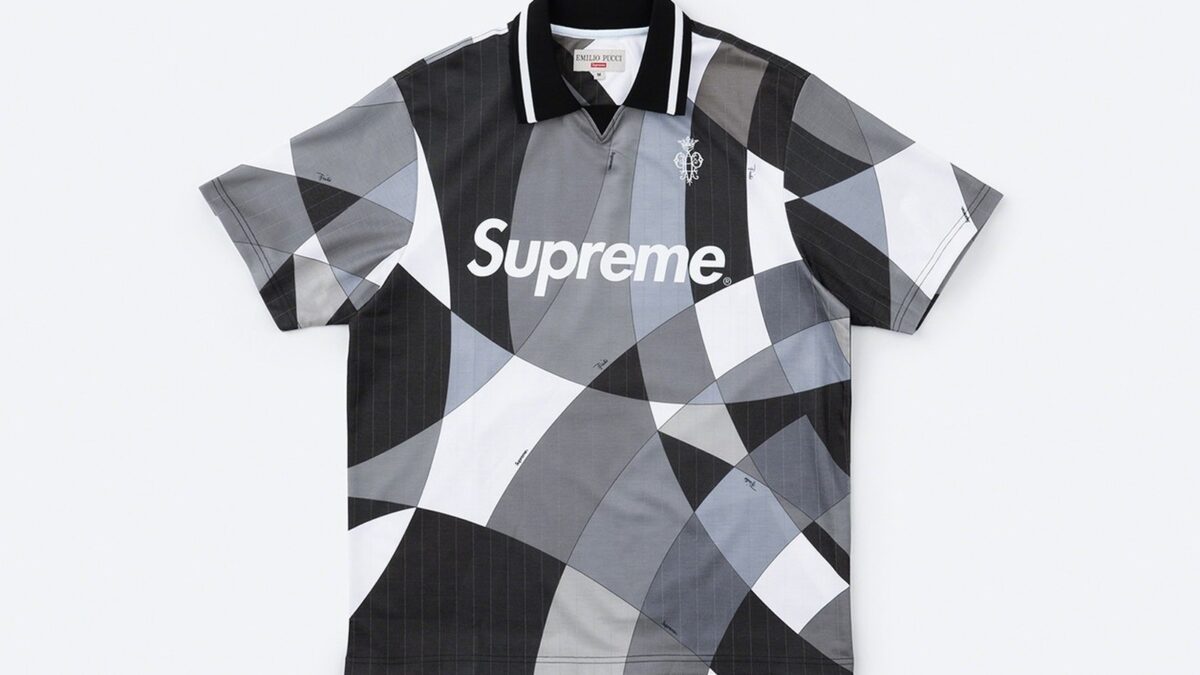 Rumors about a potential Supreme x Emilio Pucci Collab have been spinning during recent weeks. Now, it’s been verified with a release date on June 10. Both brands confirmed the news on Instagram following growing leaks from industry insiders. So, Supreme’s Milanese flagship might be more than a thumbed nose at the fake Supreme – it’s symptomatic of the New York brand’s infiltration of Italian high society.

The first look indicated that the collaboration will tilt into this aesthetic. In the look book, Sage Elsesser a silky camp collar bowling shirt and shorts combo that showcases Emilio Pucci’s signature geometric, kaleidoscopic designs. Pucci was born in Florence to one of the richest families at the time and worked and lived in the Pucci Palace for majority of his life. His experimental designs and revolutionary approach to fashion were apprised by his glamorous, aristocratic upbringing and that luxurious sentiment shines through in the new Supreme collaboration.

Supreme is charged with launching the Italian brand and its aesthetic to a new generation. Pucci is also owned by LVMH, which worked with Supreme on its RIMOWA and Louis Vuitton collaborations. LVMH chairman and CEO Sidney Toledano told Menkes back in 2018 that he was aiming to bring Pucci to a younger audience — something that a Supreme partnership could surely attain.

Official images of the Air Jordan 5 “Top 3” out now:

Up Close With The Air Jordan 5 “Oklahoma Sooners” PE