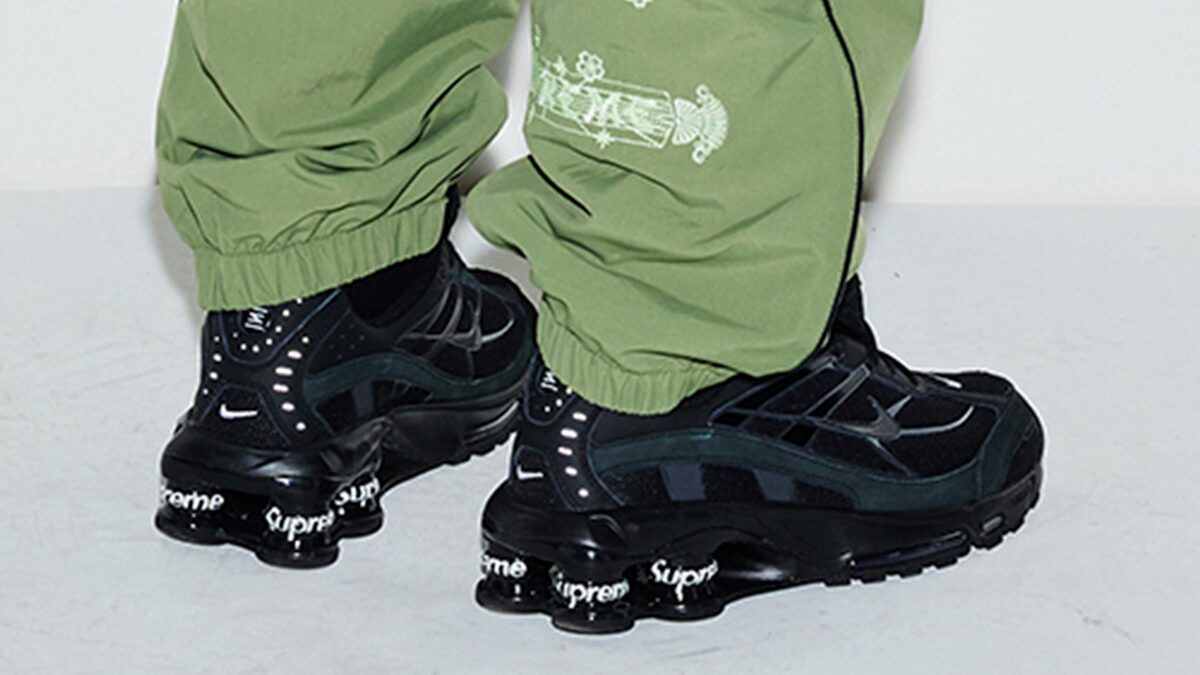 Supreme gave a sneak peek at its upcoming collaboration with Nike with the full launch of its Spring/Summer 2022 collection. The speculated Supreme x Nike Shox Ride 2 SP was included in the lookbook for its seasonal collection.

The sneakers are a blend of “White/Grey Fog/Flat Platinum,” and they’re paired with a tracksuit with original artwork by AOI. Supreme’s latest collaboration with Nike will also be available in “Neutral Olive/Electric Green/Pilgrim” and “Speed Red/Siren Red/Barn.”