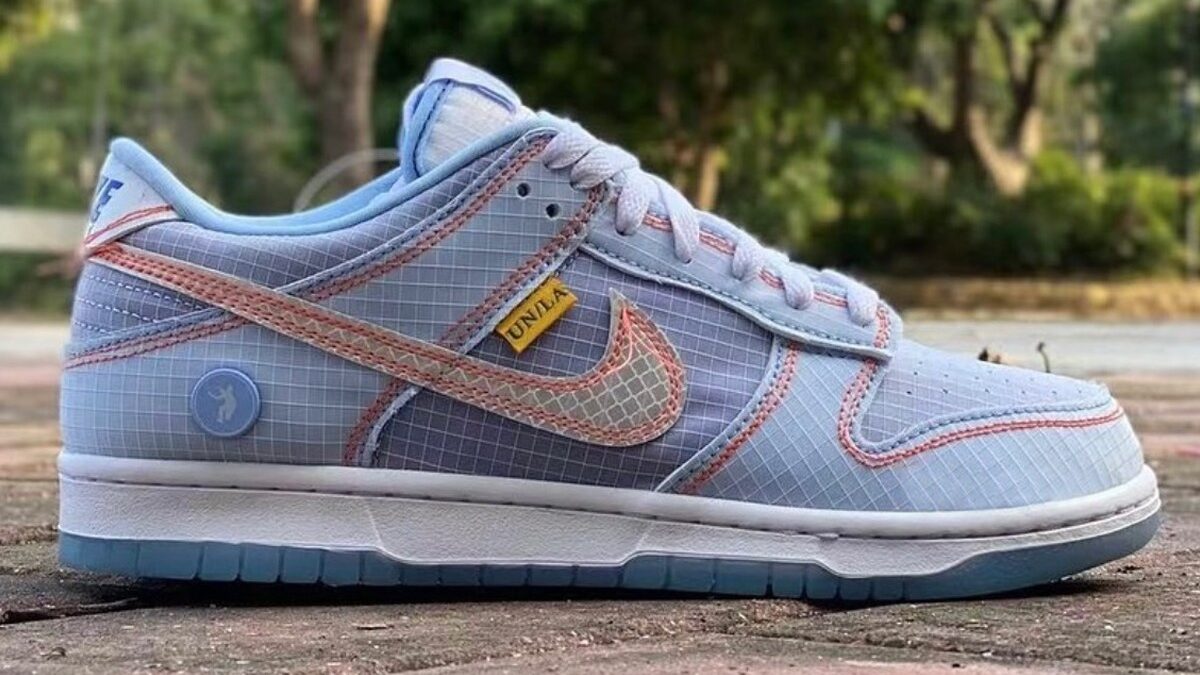 Featuring lilac uppers and light blue overlays covered in a grid-like texture, orange contrast stitching appears throughout, and the lateral swoosh and heel tab feature off-white hues. On the laterals is a bright yellow UN/LA fabric tag, while the signature Frontman logo is embroidered on the lateral heel counter and the blue translucent bottoms. An oversized UN/LA baggage tag completes the look.

Frontman logos were used early in Union history and were discontinued for some time due to internal problems before being brought back for the brand’s 30 year anniversary. Union recently revealed that the silhouette was inspired by a scene from Lorraine Hansberry’s film A Raisin in the Sun, with many speculating that it was a dancer, skater, or some kind of angel.

The Reebok by Pyer Moss Trail Fury Gets a New Colorway