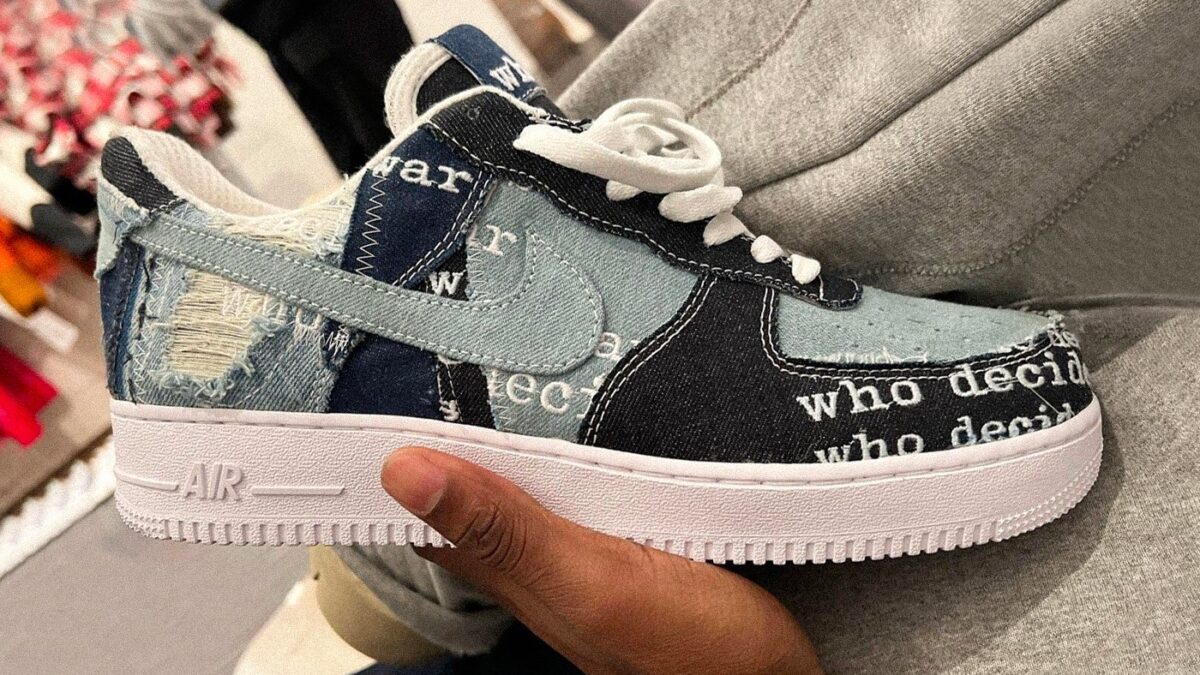 Everard Best, better known as Murder Bravado, shared an impending Nike collaboration prior of the digital release of WHO DECIDES WAR’s Fall/Winter 2022 collection.

The New York-based designer shared two WHO DECIDES WAR x Nike Air Force 1 Lows on Instagram. The shoes, which are expected to be part of the AF1’s 40th-anniversary festivities, are based on Murder Bravado’s characteristic embroidered distressed denim designs. Both styles have distressed-patchwork denim uppers with “WHO DECIDES WAR” embroidery that is custom and repurposed. Special tongue tags, white laces, and white AF1 sole units round off the collaborations.

Take a first look at the WHO DECIDES WAR x Nike Air Force 1 Low below.