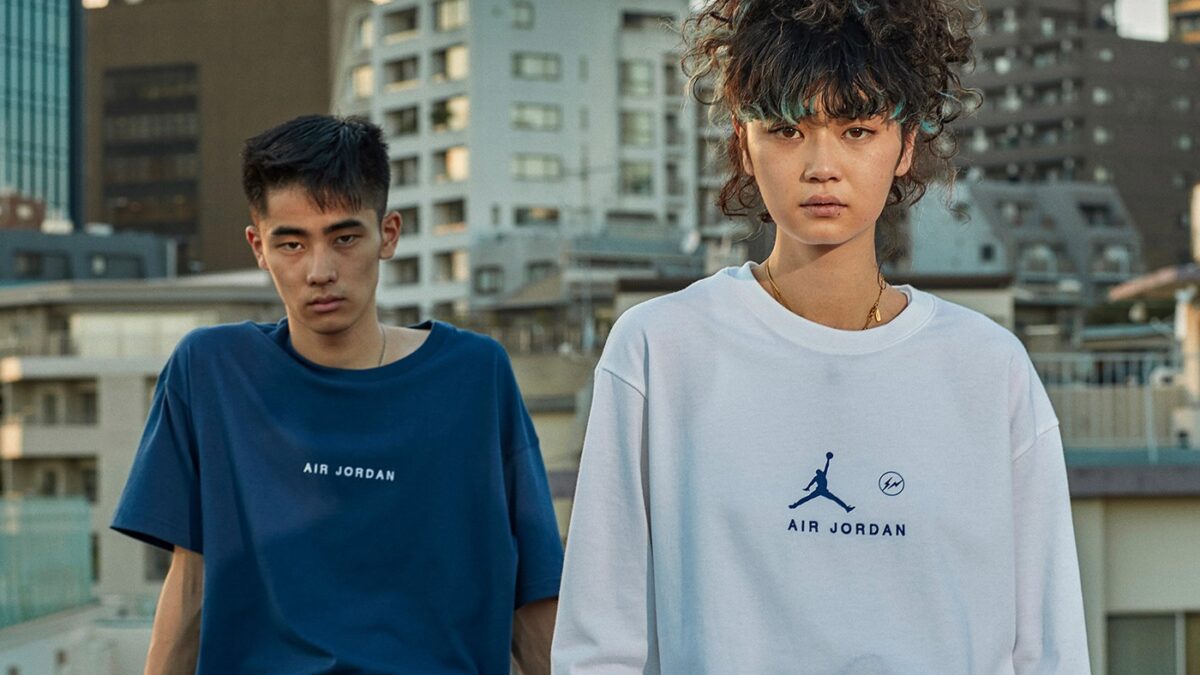 Nike and Jordan brand have chronicled their bondage with each other, based around vintage American gym wear from Hiroshi Fujiwara the stash features raglan fleece sweaters, t-shirts and nylon pants in home (grey) and away (blue) colours. Hiroshi stated “I was looking at the vintage Jordan collections. I wanted to feel what the clothes looked like – the atmosphere and what it felt like to wear them then, including nylon tracksuits,”. The apparel profile adores Hiroshi’s reminiscence with distinct typography provoking ‘80’s sportswear and graphics that switch iconic frames of Michael Jordan in action which takes us back to the legacy of the era where basketball was started.

Talking about the footwear collab fragment design and Air Jordan 3 Retro SP serves as a respect to 2004 Orca pack. The classic shoe is showcased in a neutral white and black colour blocking with a gallant Jumpman logo see through a translucent Jumpman heel tab. The sharp branding on the these exquisite design shoe looks to mirror Hiroshi’s love of the Jumpman logo, which initially featured on the AJ3.

Having a keen look towards Hiroshi dressed in Air Jordan 35 in a similar mix of black, blue and white. Influenced from his AJ1 collab, the on court renovation tapes the Japanese figure’s love of nostalgia and innovation.

The Jordan Cadence is built in a “Neutral Grey” floor for lifestyle appeal. Hiroshi stated “This isa also something new for Jordan, and I was really interested in doing this shoe,” he also said “Before this, we did an HTM – the Jordan Trunner NXT React. Since then, I’ve been interested in doing some of the Jordan’s running and lifestyle shoes.” All the three colourways found in the collab catalogue a flecked with distinct tooling codes on the midsole, winding up the season and model, a signature of fragment design. To be released globally September 17, except for the fragment design x AJ35 Fragment which drops on October 28.

JUNN.J and Reebok Link Up for a Futuristic Take on a Retro Classic

Nike X Sacai drops the “You Can’t Stop Us” Clothing