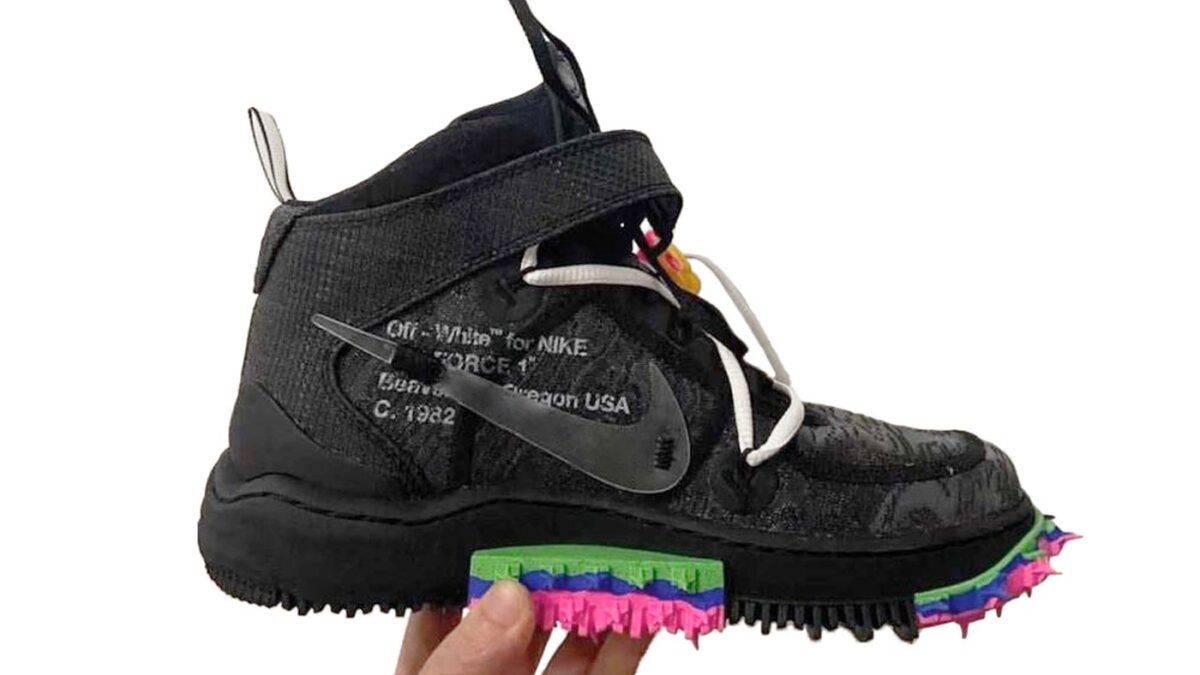 Following a preview of the white edition, images of the Off-White x Nike Air Force 1 Mid in black have surfaced on the internet. The reimagined Blazer Low collaboration, constructed with a similar color scheme, is also set to drop sometime next year along with the new pairs.

We now have a look at the anticipated pair thanks to @spicychickenwings. It may just be a medial view, but it’s enough to hint at black and grey patterns on the toe boxes, quarters, and ankle collars. It features Virgil Abloh’s signature description text in Helvetica mounted beneath translucent Swooshes. A pair of circular laces latch on to another pair of laces, while a monochromatic gridlock pattern is embroidered on the ankle strap. Over a black rubber outsole, the black midsoles are molded with a plump figure displaying a three-toned pattern of protruding colors near the midfoot and toe.

It is rumored that the black Off-White x Nike Air Force 1 Mid will retail for $185 USD, with a release date slated for 2022, which will be confirmed by both parties.

Rick Owens Transforms The Iconic Converse Weapon Into The TURBOWPN