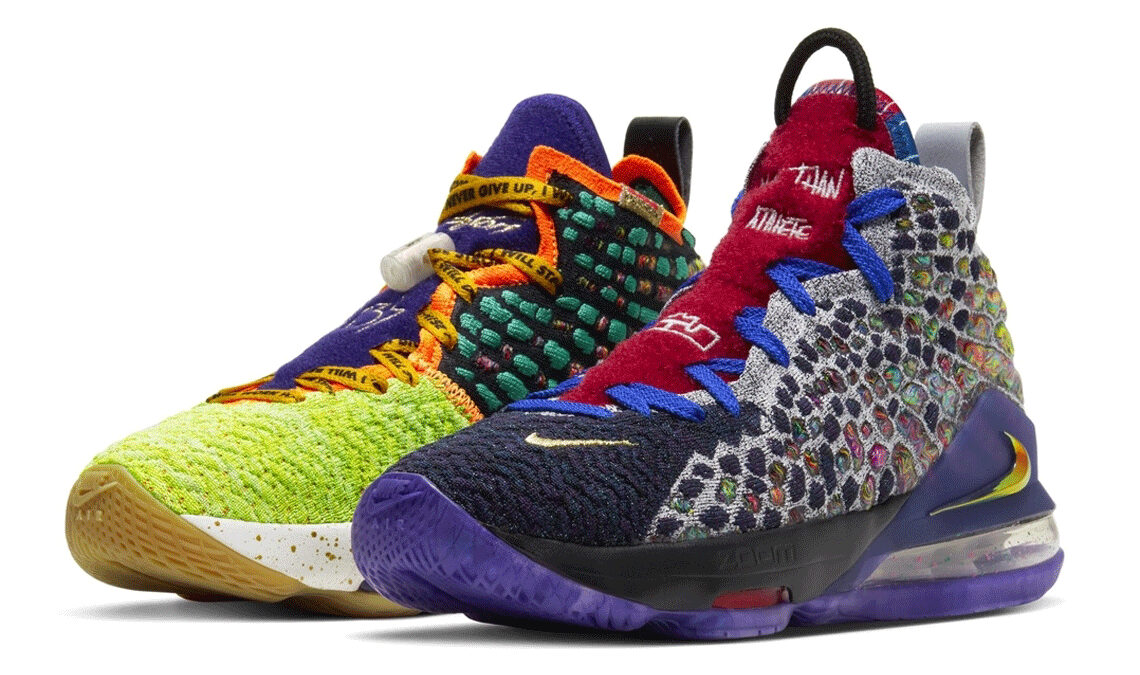 While James LeBron is expected to impress his fans with his performance when once the curent NBA season resumes, Nike has planned to release a kids “what the” iteration of their all new LeBron 17, which is currently available in men’s sizes. Some pictures reveal that the left shoe would be in a comparitively darker color than the right just like the black and grey Knitposite from the December’s “Currency” and January’s “I Promise” pairs. The upper consists of yellow colored lace and Scarlet tongues with James’ “MORE THAN AN ATHELETE” motto written on it. The right shoe has a vibrant and colorful appearence due to the multi-colored toolings and panels along with the light gum brown outsole. It will also feature some detachable velcro patches along with, “REMOVE BEFORE LAUNCH” hangtags that add to its appearence.