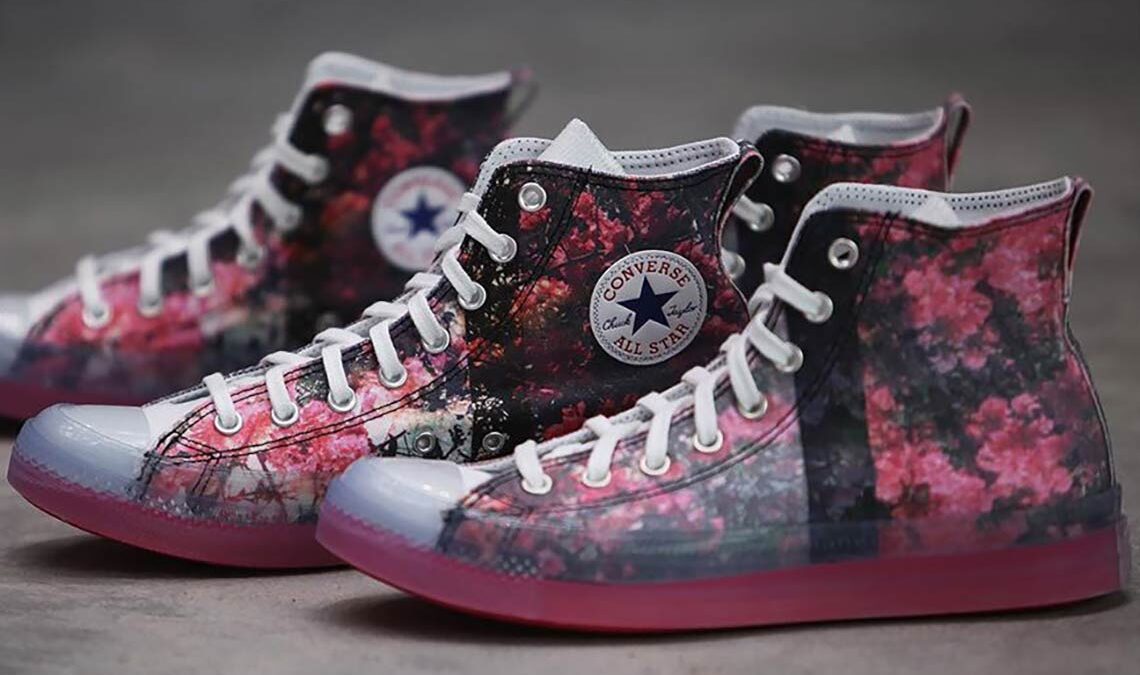 Converse has a reputation of collaborating with streetwear  Giants like Off WHITE and Undercover but now the company has started focusing more on local and smaller artists. Earlier Tyler the Creator also introduced his artist series in collaboration with the brand with promoted artists but now it looks like converse is taking an initiative to do that on their own. Their recent collaboration with the New York based photographer,  Shaniqwa Jarvis clearly says that out loud.

The collaboration has been made on a Chuck 70 silhouette, boasting a floral print. The print is made on a black background and consists of petals primarily pink in color. The print is visible on both lateral and medial upper panels. Talking about the sole, the midsole is somewhat translucent in appearance enhancing the look of the sneaker followed by the outsole which is pink in appearance. The other components like tongue, toe cap and the laces have been kept white.

Look at the pictures to grab a closer look and these beauties will drop very soon.

This multi-coloured Air Jordan 1 High is releasing this September

How Birkenstock Became a Luxury Target