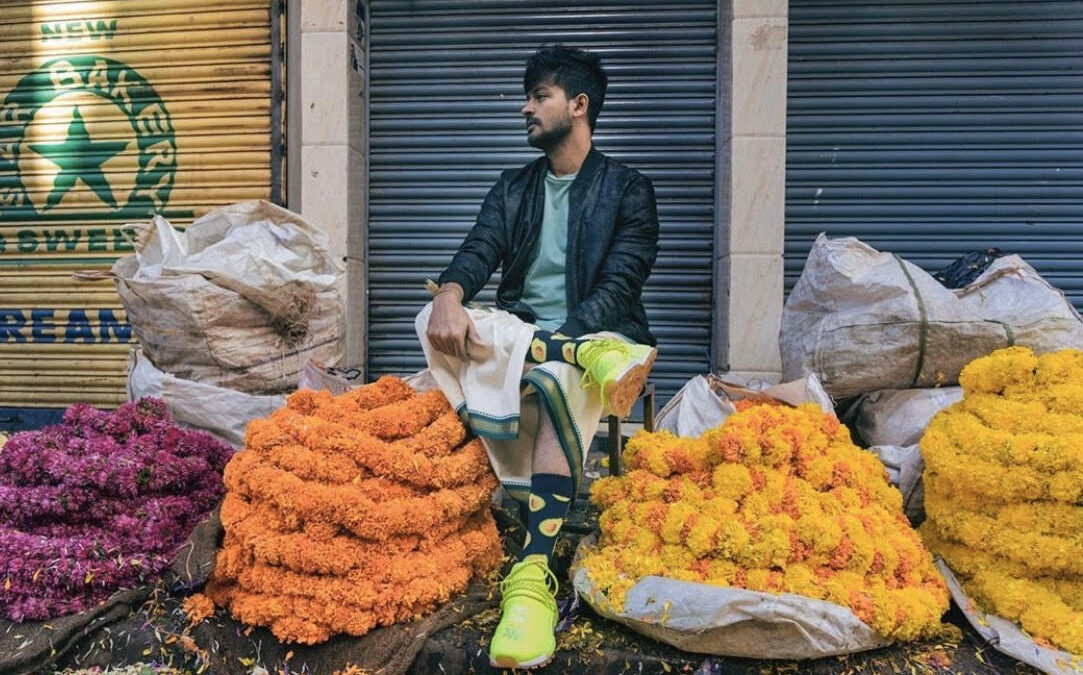 All countries have influencers that change sneaker culture by adding local styles and cultural influences in the mix. Tej Aditya Surabhi, a Bangalore based sneakerhead, is doing just that for our community. His innovative approach to styling his sneakers by wearing lungis along with casualwear really makes him stand out. He calls his fashion style ‘Lungi X Sneakers‘ which is very apt for his innovative idea and approach towards dressing.

Tej fell in love with sneakers way back in the 2000s when his uncle bought him a pair of Airmax 97s. Through college, he had a few pairs of sneakers but had not completely immersed in the community by this time. He was introduced to the culture of sneakers and streetwear by his friend and he fell in love with it.

The influence that sneaker stores like VegNonVeg and Superkicks have created is admirable as they have brought many likeminded people together. Tej is on those people who were completely mesmerized by the growing community. He felt like he belonged to this space so he decided to create an identity for himself and see where he has landed with such an innovative persona.

Tej was inspired by Superkicks’ inauguration festivities in Bangalore where he saw sneaker caricatures in lungis representing the culture of the South Indian community. He wanted to take the idea ahead and gave his own variations to it. At the start, people went ‘aha’ when they saw him gradually started experimenting with a few of his grandfather’s lungis. Now he has all kinds of styles and also aims to create a brand out of it if possible.

On the path that he is, he will definitely play a pivotal role in the growth of the community as more and more Indian subcultures will grow and India will be recognized for its styles internationally.

In other news, check out sneaker care 101.