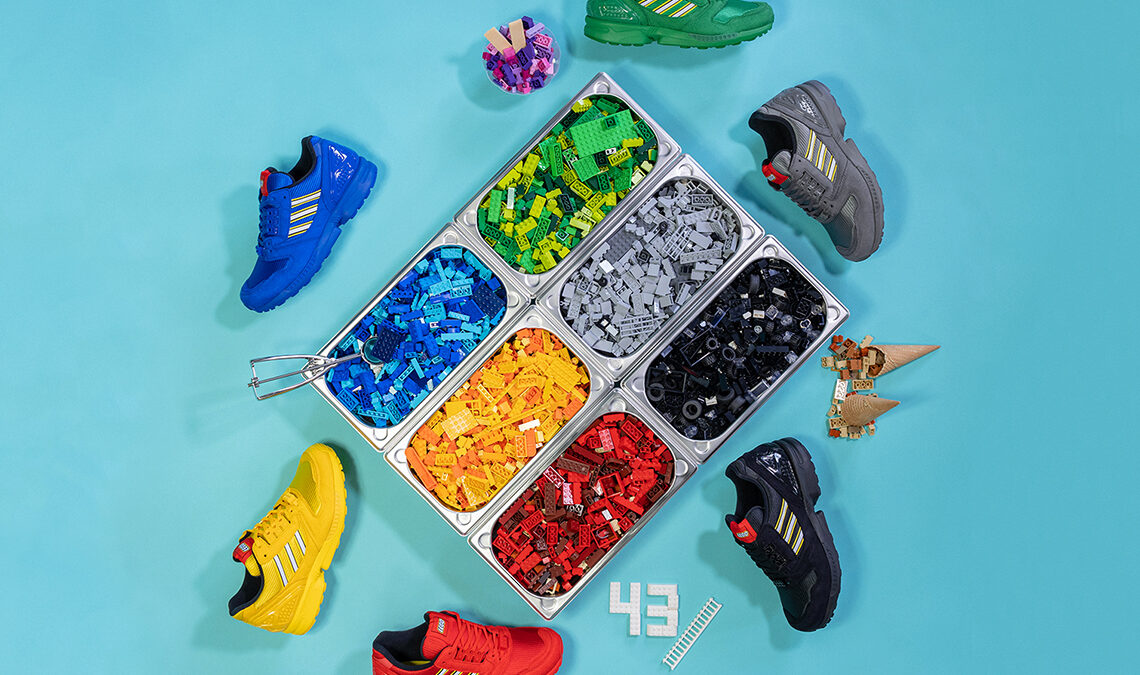 One of the most creative releases yet by the multi-year partnership between the shoe and toy manufacturers has to be the ultra-customizable LEGO Ultra Boost DNA featuring LEGO plates as side stripes. The pair prepares to drop six new colorways of the adidas ZX 8000, inspired by classic bricks in six primary colors.

43einhalb informs that, the ZX 8000 pack consists of each style adopting one of the standard LEGO brick shades. Plastic eyelets and the lace dubrae have been modified to mirror LEGO pieces as the heel uses a studded design mimicking the bumpy surface of the toy bricks. Even the box plays its part to look like a single, oversized toy piece. By accenting the side stripes with the brand’s signature yellow and white, the Torsion-cushioned silhouette nods at the Danish company itself. The customary adidas trefoil tongue label swaps out for a red one which showcases the LEGO logo.

All the pairs of the adidas ZX 8000 x LEGO will drop at select retailers on April 23rd in full-family sizing. More details on adidas.com drops are yet to be announced. A US release date is confirmed for May 7th.