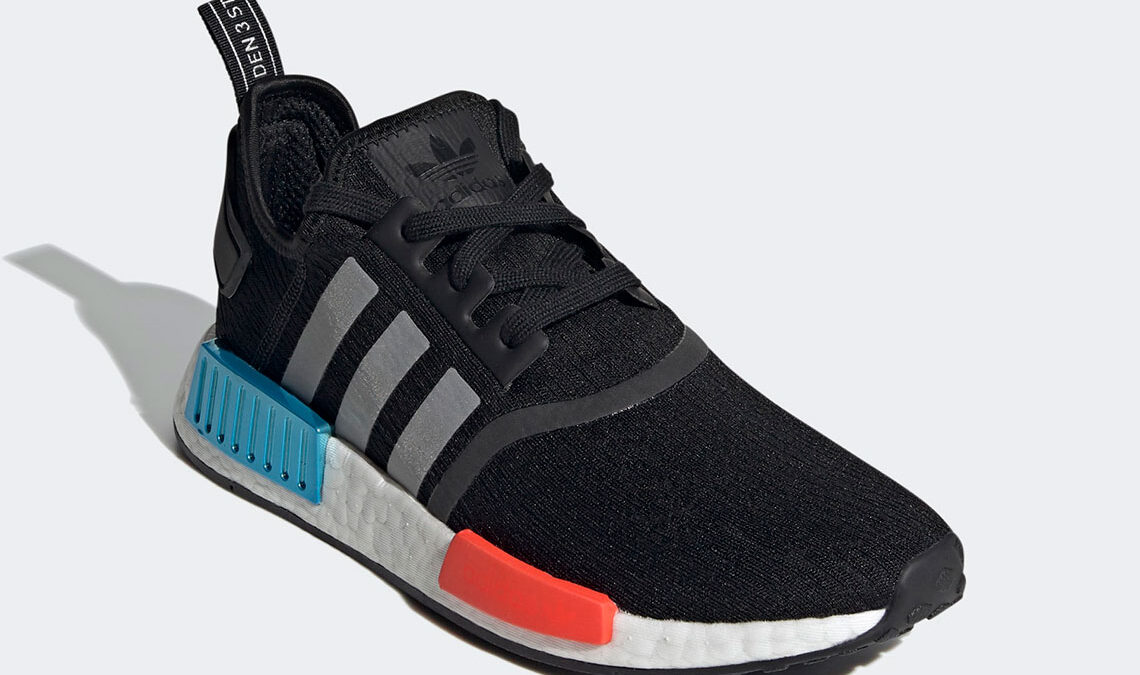 The coming months mark the five-year anniversary of the adidas NMD_R1, time really flies by. The sneaker was one of the first to begin the culture, create hype about shoes and the most loved lifestyle sneaker of adidas. Celebrating its legacy, adidas plans to bring out a new colorway dedicated to the NMD OG.

Matching its predecessor, the new offering also arrives in a core black knit upper with a white BOOST midsole. Replacing the adidas Three stripes in black which were almost invisible, the new comer arrives with Three stripes with reflective detailing. The historic blue and red midsole plugs will now be arriving in a different shade and in a different position. Signifying the future, the blue mold advances towards the heel in a metallic finish while the orangey red mold is more forward towards the toe.