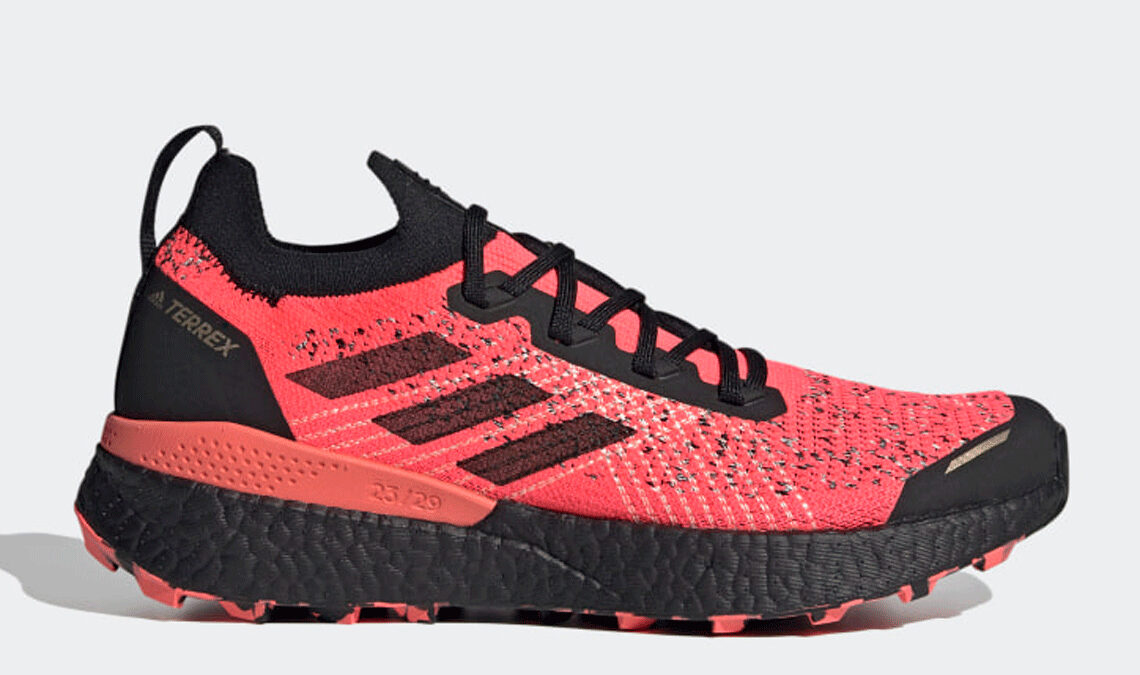 As we are approaching winters Adidas is already starting to prepare to make the athletes within us go comfy with the new Adidas TERREX TWO silhouette.

These kicks are not water-resistant but the Three Stripes’s iteration is appropriate for enduring through gravel, mud, and other components encountered off-road. Similar to options seen before in the TERREX family, the newly-released pair indulges in a lively hue fit for high-visibility; “Signal Pink” leads the charge and is complemented by “Light Flash Orange” and “Core Black”. The model’s upcycled Parley Ocean Plastic upper is seen throughout the toe, along with the tongue, and at the heel, with the most latter rocking “TERREX” branding. Directly below, a mold structure delivers rigidity between the upper and the Boost midsole, which extends to the forefoot and is covered in “Core Black”. A Continental Rubber outsole – a favorite of the Ultra Boost – rounds out the pair in a digital-camo-like pattern.