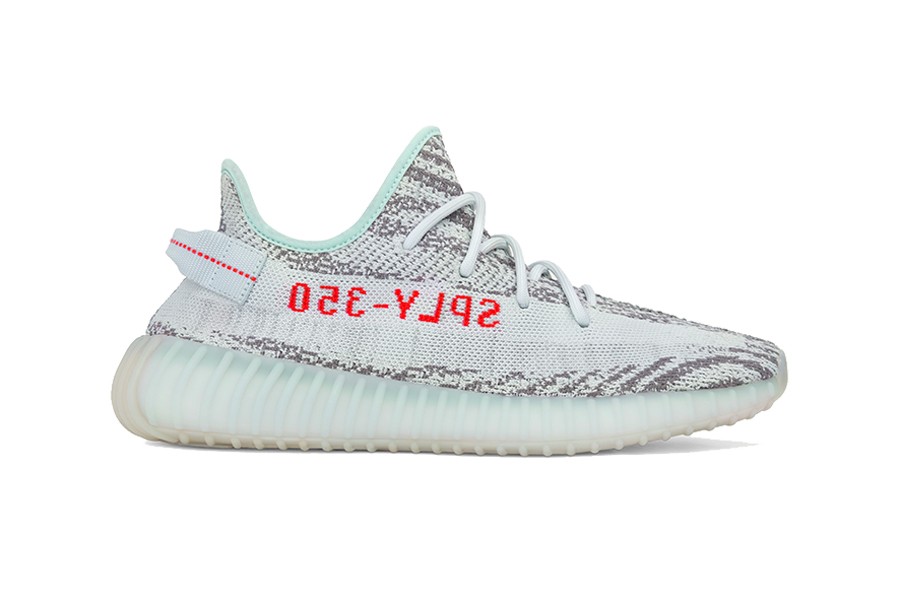 Yeezy Mafia states that adidas and Kanye West are yet again set to restock the Yeezy BOOST 350 V2 “Blue Tint” that was under the hill since its inaugural release in 2017. Originally known for its chilly, winter ready look and the unique turquoise tinted accents on its collar and midsole; this pair boasts a Primeknit upper with wavy grey and blue-grey pattern. The side-strip is post-dyed monofilament that gives a tonal look and is embellished with a red “SPLY-350” text hit, heel tabs add a line of red stitching in the mix. Laces come all done in grey and the tinted midsole houses with signature full-length white BOOST footbed to sum this up. Any Yeezy fan would notice the “Blue Tint” reused in the YEEZY BOOST 700 MNVN “Blue Tint” later this year.

The return date is expected to be around November 2021 but yet to be confirmed by adidas officials. Its expected MSRP is set to be 220 USD, in line with past models.