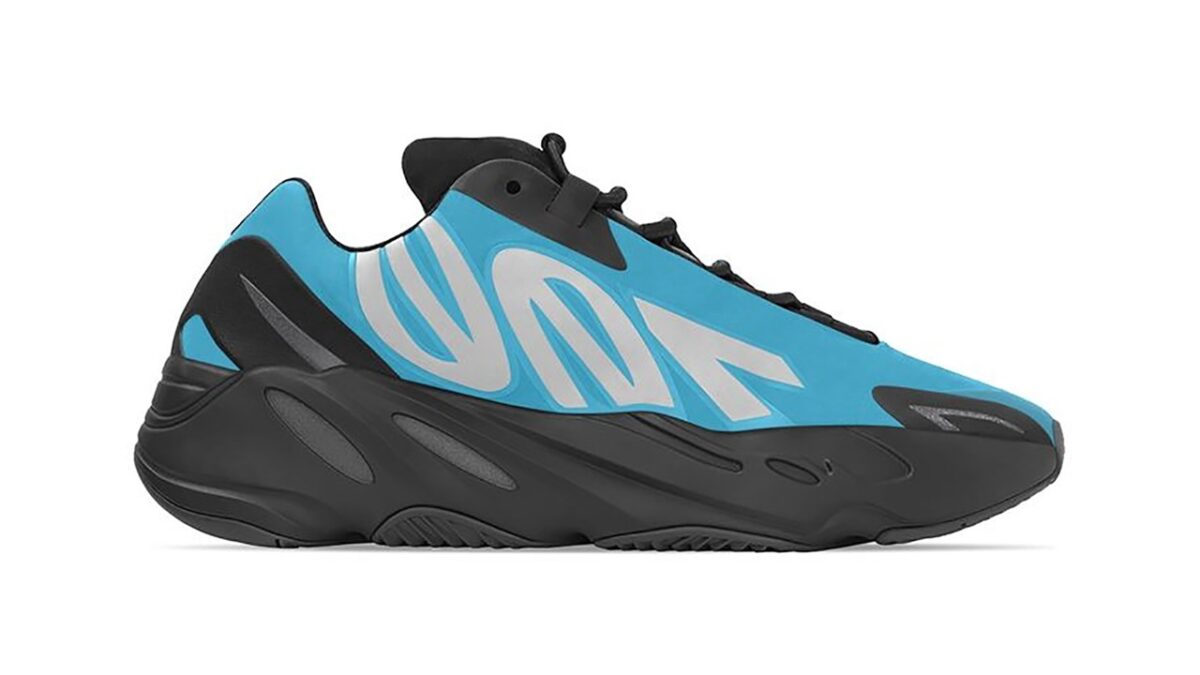 Kanye West and his beloved footwear line in partnership with adidas is expected to have a few busy upcoming months with a lot of releases catching up. Post the news about the yet-to-be released YEEZY 700 v2 “Cream” and “MXT Moon Grey” and “Sand” YEEZY FOAM RNNR colorways another item has been added to the list. It looks like the YEEZY 700 MNVN will be carrying forward its kind with the upcoming “Cyan Blue” colorway.

Differentiating itself from the former MNVN colorways, the “Cyan Blue” opts for a nylon base ditching the usual suede and mesh makeup. True to its name, the “Cyan Blue” tone spreads itself on a majority of the top giving the color blocking a bit of spotlight via the black overlays, throat and laces. The “700” print makes its presence on the sides with reflective detailing. Concluding the shoe are a pair of stark black midsoles with matching treading.

With no confirmation on release date, YEEZY MAFIA speculates the pair to be released sometime this Summer for a retail price of $220 USD.