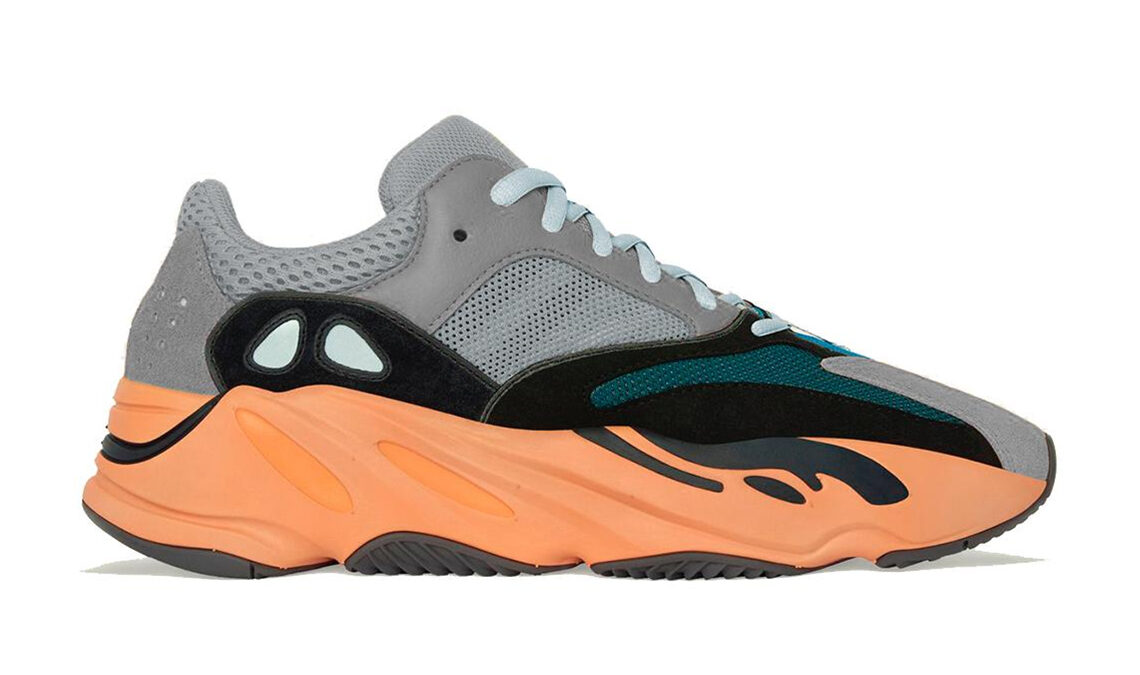 The original adidas Yeezy Boost 700 has been a hit in the market, with sudden back-to-back releases. It may come across as too early for the iconic “Wave Runner” colorway to make a comeback, and hence the silhouette will first tweak the scheme’s palette for the upcoming “Wash Orange.”

Though the upper however strikes quite a resemblance with the wave runner. A Slate Grey, slightly darker than that used in the “Wave Runner,” drenches the toe, collar, heel, and tongue, mimicking inspiration’s blocking to a close T. The construction of the lower half consists of blacked out suedes wrapping over top a teal mesh toe which is similar to the OG. Just the tooling with the subtle orange accents of the aforementioned is unique and blows it up across the entire midsole.

Grab a detailed look of the pair below. They are scheduled for a release at adidas.com/Yeezy in October priced at $240 USD.

Air Jordan 5 with a Special Retro for 30th Anniversary