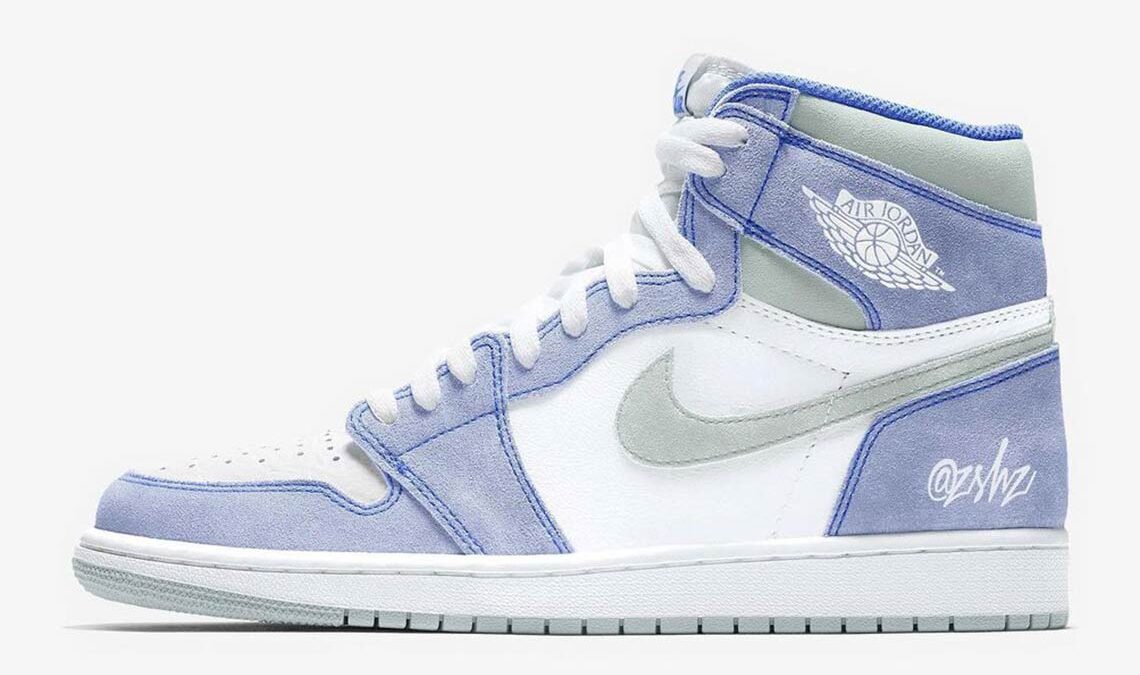 The Air Jordan 1 was leaked in the month of October in its upcoming “Hyper Royal” colourway. A year passed by initial appearance has been updated simultaneously across a mock-up.

The over all silhouette color details is kept mellow. The entire suedes at the overlays – ankle flaps, toe cap, counter, etc. – are still constructed in the same mildly understated cool tone while the mid-panel and toe-box basal contrast in their usual white. But on the periphery newly unveiled contrast sewing is seen about the construction, its thread hued dark in a shade more lining up with deep blue than precedent. And hits of grey accents at the Swoosh, collar and tread.