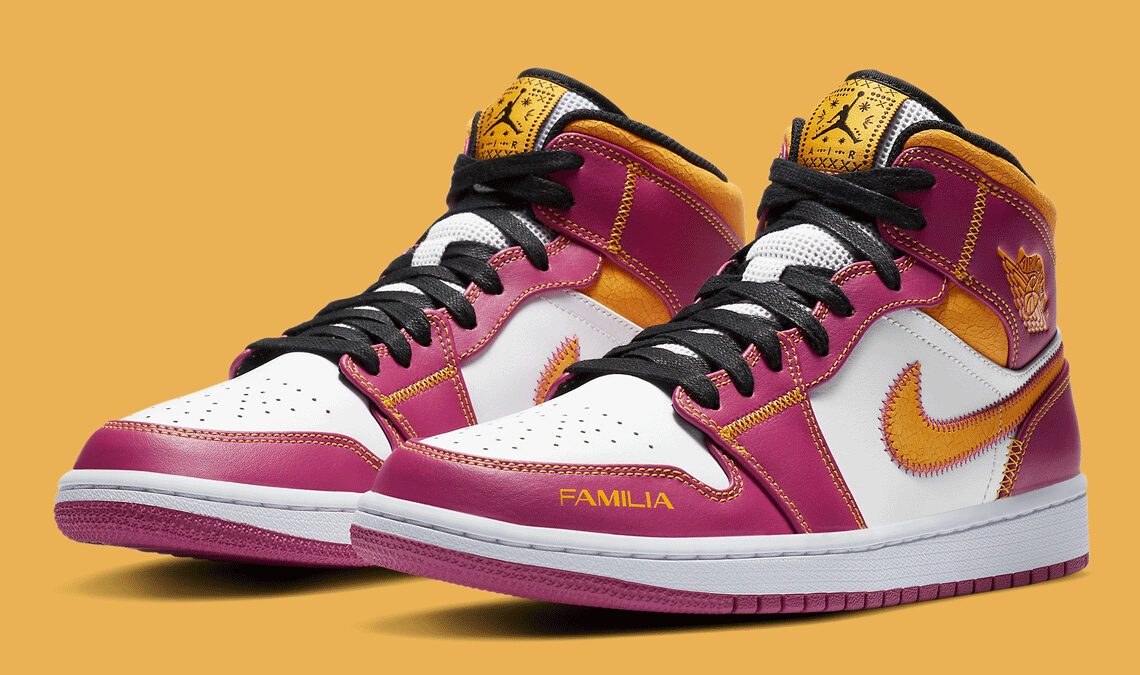 The Air Jordan 1 Mid “Familia” Is Also Arriving For Adults

Formerly seen in kids sizes, the Air Jordan 1 Mid “Familia” has just come out in a sneaker for adults.

Not officially announced yet as a member of a Latinx Heritage Month capsule, images of the mid-top Jordan 1 have been seen shortly after the Converse Mi Gente line. Furthermore, the Spanish-word for “family” is written on the lateral forefoot and indulges in tandem with not only the pair’s hues but also accentuating to seemingly nod to Mexican heritage. The cracked swooshes and collar underlay copy a fissured desert floor while covering purplish overlays forms a twilight. Golden labels on the mesh tongue borrow their design from cultural papel picado designs; the left sneaker’s sock liner showcases a floral design made from a slew of swooshes.

Have at the officially released captures of the Jordan 1 Mid “Familia” here below, and sit tight for the info of a Nike.com launch date before October 15th (the end of Latinx Heritage Month).