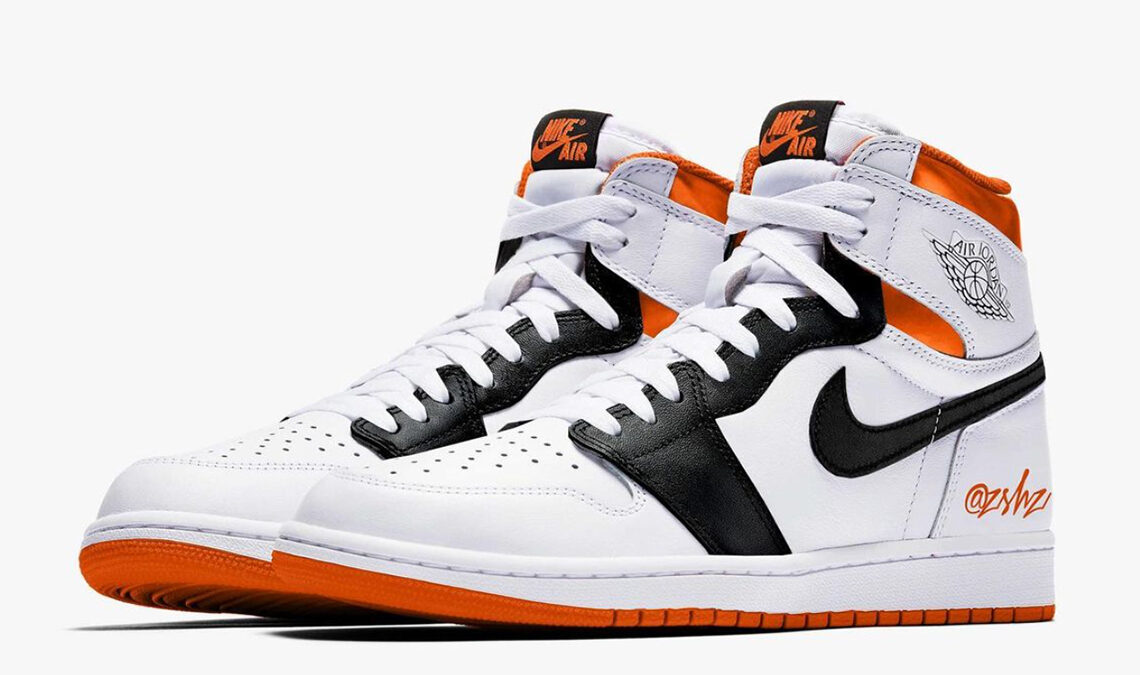 Air Jordan 1 has been experimenting newer color concoctions every now and then and none hasn’t become failure so far. After Air Jordan 1 Dior witnessing such gladiatorial success. Now Peter Moore’s 35-year-old-design has had plenty of color takes among them a Retro High OG iteration dawns in “White/Orange/Black” Palette.

Arriving in “Shattered Backboard” manifesto, the upcoming pair lands in rearranged tri-color scheme rejuvenating in a manner. An early mock-up of the sneaker describes a smooth leather upper predominantly dabbled in “White;” profile swooshes and overlays at the quarterfoot and along the tongue, however, heckles the tonal makeup with their “Black” preference. Collar panels, inner lining and “NIKE AIR” branding on the tongue scatter from the understated shades in to of citrus flair rumored to have a metallic luster on final products. Underfoot, sole units boast the two-tone combo seen on the similar colored pair 2015. Full release details are still unknown, but the three-tone Jordan 1 is set to hit Nike SNKRS in July 2021.