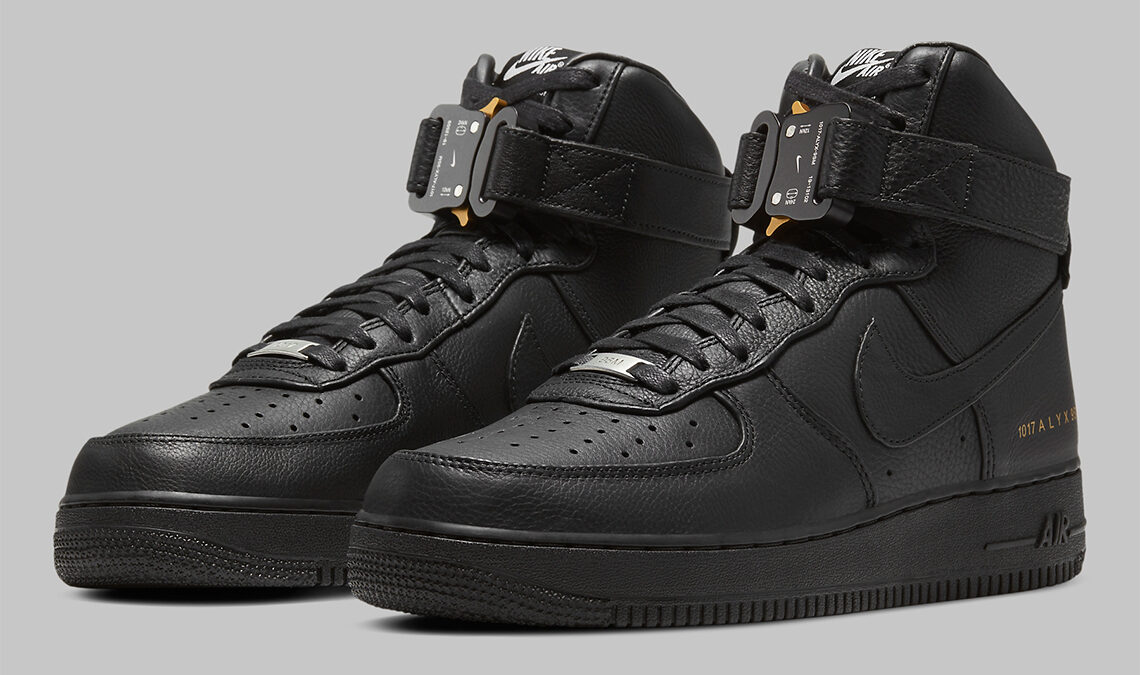 Matthew M Williams , head designer for the label 1017 ALYX 9SM popular for his out of the box ideas which include infusions of tech alongside fashion. He has worked on projects with Nike in the designing performance-ready apparel. Nike and Matthew stepped foot into their first venture in the sneaker domain by launching the four -pronged capsule of the all time classic Nike Air Force 1 in the high top at a pop up in Paris during Fashion Week

Fast forward to 9 months later with a wide release  expected of all the available colorways. One of the colorways, The triple black has popped up in the radar. The habitual ankle strap getting replaced by the ALYX’s signature buckle. The brand’s moniker in gold around the heels gives the shoe a luxurious nudge. Simple co-branding can be seen on the tongue and insoles. The splitting of the dubraes with the “1017”on the left and “9SM”on the left can be seen as an attention seeking detail. Subtle yet illustrious ,a good cop for anyone who enjoys Air Force 1s

The pair will be available  on October 24th for $400USD on the ALYX Studio webstore.