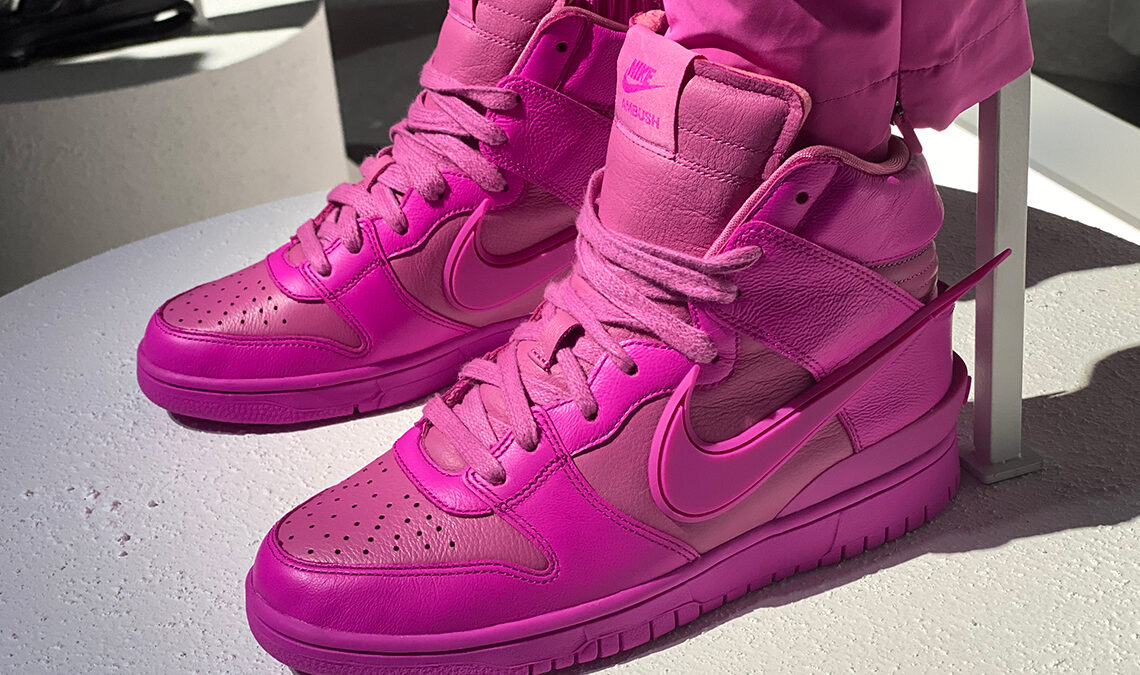 Hot off the heels of their second Converse collaboration, AMBUSH is bouncing right back to Nike to put the finishing touches on their upcoming Dunk High. Alongside a more versatile “Spruce Aura” colorway, the model will dress bold in “Lethal Pink” first thing this December.

Revealed during the Swoosh’s fashion week show quite a bit ago, the Dunk High makes use of a template far more aggressive than the original. The Swoosh along the side is near weaponized as it extends straight outwards to a sharp point. Alongside, the lower counter supports in brutalist fashion, its architecture akin to the stacking employed atop Chitose Abe’s own collaborative releases. And while the construction may seem ordinary at the forefoot, the top line is anything but as the tongue is elevated and marked with the AMBUSH name while the ribs and pads with extra cushioning.

Grab a complete look at these pairs which is expected to release on December 11th on Nike SNKRS and possibly selected retailers.