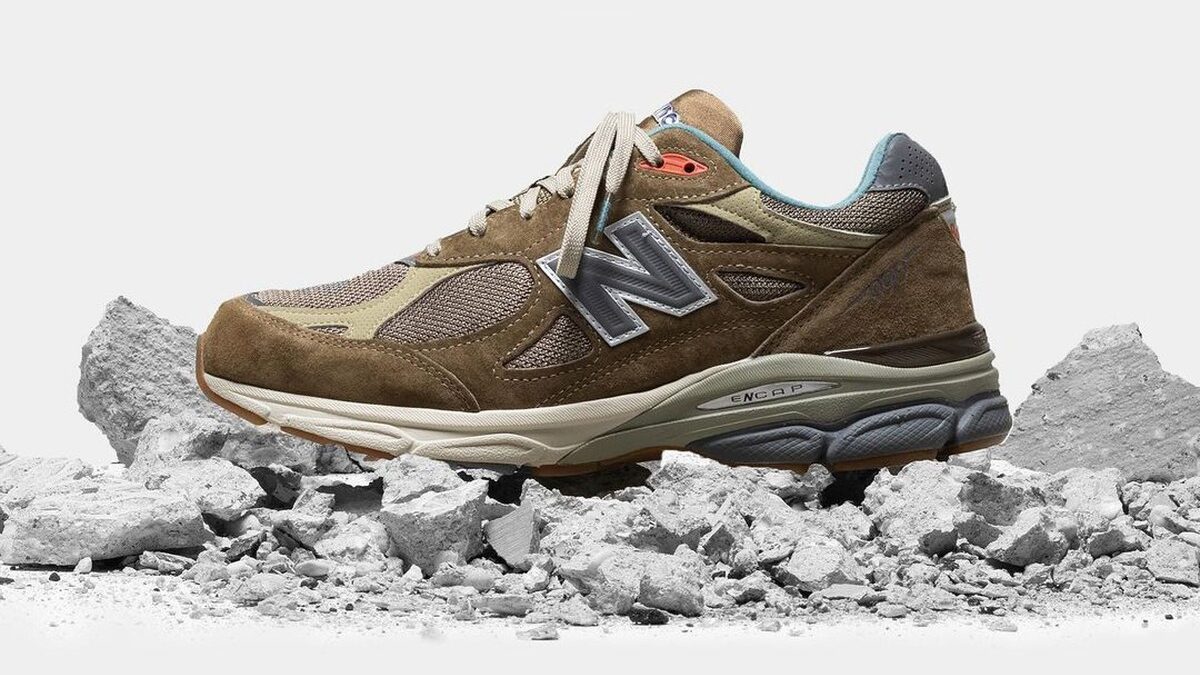 New Balance and Bodega are collaborating yet again after dropping covetable kicks for several years now. Teasing another ultra-stylish running shoe remixed to Bodega’s usual high standard- this time it’s the retro 990v3, which was discontinued aside from joint efforts like this one. Retaining the subtle opulence seen in Bodega’s recent Van Vault drop along with the rugged motifs seen in Bodega’s other recent special sneaker drops, this New Balance flaunts a muted, quietly luxe palette.

Opting for an earthy color palette for the upcoming 990v3, Bodega avoids the retro runner’s usual dad-approved grey for a darker tone that accent “N” logo and heel tab. Brown and beige match the upper’s laces as well as suede and mesh panels to the molded midsole, making the shoe look rugged and attractive along with it being versatile.

It’s an unstated fact by now that beige and its shades look the best on New Balance’s chunky silhouettes. Alibi’s of this fact would be Patta and WTAPS’ instantly selling out 991 and 992, with New Balance Tokyo Design Studio’s 574 utilizing mild earthy hues to toughen up the otherwise trim silhouette.

A release date hasn’t been revealed yet for Bodega’s forthcoming New Balance 990v3, but nothing to worry as, plenty of other must have New Balances are releasing in the meantime, including Casablanca’s wild 327, Slam Jam’s muted 991, and the muted “Grey Day” pack.