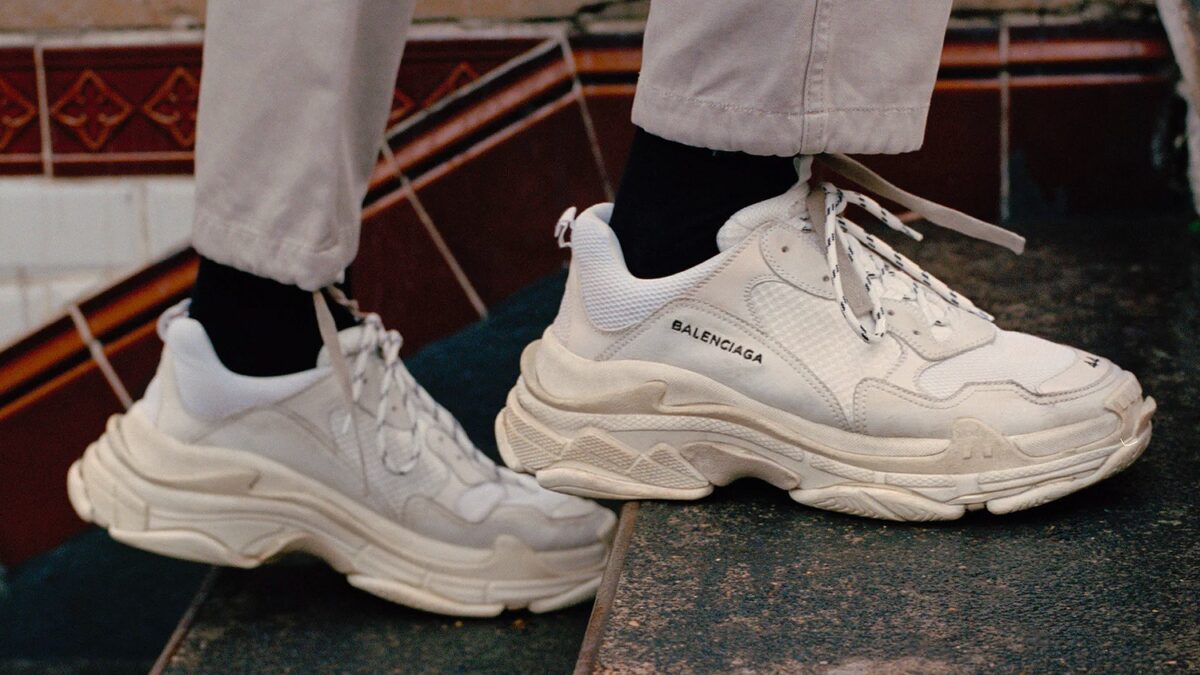 The sneaker collection is a very serious obsession and is no joke for its rapidly expanding fan base and collectors’ community. The legacy, designs, and associations of sneakers are very important for enthusiasts. If you couldn’t recall the exact origin story or state how many points Michael Jordan scored when he first debuted a certain model, older, more experienced fans might get infuriated. If you just discovered a vintage model for the first time, you could expect a lecture from those who discovered them ten years earlier. From the outside looking in, one could argue that sneakerheads derive superiority in something most would describe as fairly trivial.

As the sneaker collecting culture has reached out to a larger audience, Nike and Jordan continue to make its classic silhouettes more accessible, Adidas revived its classic runner silhouettes and created the chunky silhouette. It was regarded by people as ugly sneakers.

This isn’t just a blip on the radar either. Stylist Taylor Okata remembers first seeing it while working at Adidas Fashion Group. “For me, it started with the Adidas by Raf Simons Ozweego 1 in 2013,” he says. “I knew it would become a larger trend when I saw the evolution of the collaboration. Soles got chunkier, details were more graphic and color combinations got brighter.”  Rather than a one-off trend, Okata views the newly inflated aesthetic as “a progression of the athletic, sport movement in high fashion,” noting that he still works clients who prefer a minimal sneaker silhouette or something more technical. Whatever the cause,  fashion and footwear brands are turning out bulky sneakers like never before.

“When mainstream publications like GQ start reporting on a trend, the cause has already taken root,” says Brian M. Trunzo, Senior Menswear Editor at WGSN. “I think we are just starting to see this style gain real traction. With many SS18 shows featuring it prominently, the trickle-down is only now just really beginning.”

The early 2000s and the late 90s were defined by the massive influence of skateboarding shoes such as the Nike SB dunks, the Adidas Samba, etc. Things began to change when Camper and Bernhard Wilhelm had started ushering in a new era of ugly, their zig-zag soles and rope laces mimicking the Isabel Marant sneaker wedges at the beginning of 2010s. Ian Connor championing Sketchers footwear was also a moment to reflect back on. Ugly footwear had started its path toward being unironically famous. Today, almost every brand Is following the chunky sneaker trend comprising of multi-color paneled sneakers with an extremely large sole.

So while the immediate reaction of the uninitiated tends to be of disgust, they typically warm to them after a while, noting the intricacies of how the panels are stitched together or the design elements not usually found on more widely available models. It’s a prototypical fashion brainwash, tempting us to the point that we have to admit that the ugly has somehow become attractive.

There’s no question these chunky sneakers have crossed over into full-blown trend, now it’s just a matter of whether the general public catches on. Trunzo explains “I wouldn’t expect to see legacy retailers put out massive cloud walkers any time soon; however, I certainly do suspect that we will see chunkier silhouettes hit the shelves of all sorts of retailers over the course of the next few seasons.”

It can be a result of a meme gone wrong or even an overall evolution in the public’s perception of aesthetics still, it is undeniable that every sneakerhead out there will clearly remember and cherish the ugly shoe trend.

Adidas prepares the Yeezy 380 “Pepper” for a September release