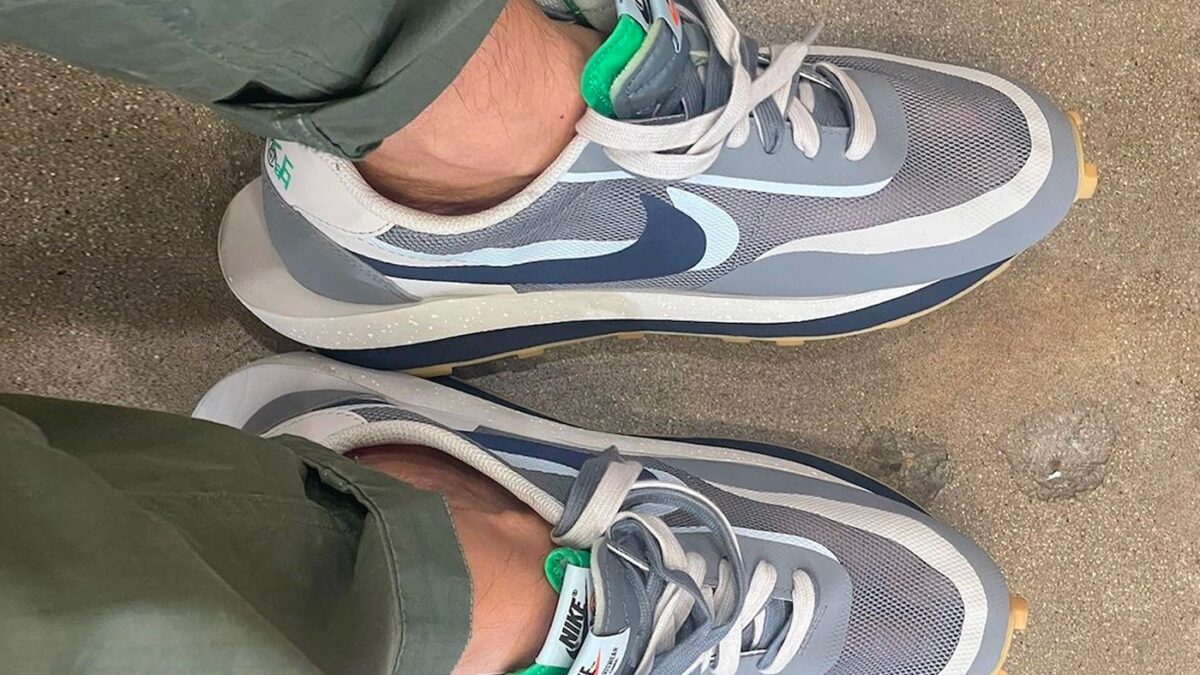 CLOT and sacai are all geared up to launch another Nike LDWaffle “K.O.D. 2” after releasing the “Orange Blaze” colorway recently. The CLOT co-founder, Edison Chen took to Instagram to reveal the shoe and also mentioned the release date for the same by posting an image of himself wearing a pair.

The upcoming take is inspired by the 2013 sequel of the CLOT X Air Max 1 “K.O.D. 2,” Navy/Obsidian/Grey. The hybrid is constructed with an immaculate design centered around synthetic materials offering a fascinating new look. The upper comes in a tight grey mesh base with heat-welded overlays having dual midfoot Swooshes, vamp panels, and mudguards. The stacked components again feature on the tongues, laces, and on the branded heels. Highlighting the shoe there are speckled and extending midsoles along with gum rubber outsoles.

The pair is all set to release on the 7th of October for a retail price of $170 USD.

Cyberpunk: Taking a closer look at the contentious world of Sneaker bots