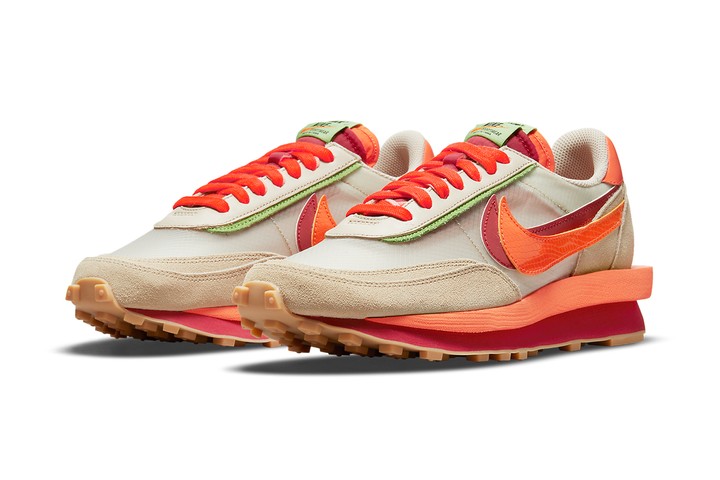 Nike seems to be launching a superfluity of collaborative sneakers in the upcoming months out of which sacai will be highlighted in the last few weeks of Summer and into the Fall.

The imagination of these three-way kicks is acquired from the CLOT’s Nike Air Max 1 “Kiss of Death” which is Edison Chen’s archival piece, which we all saw a retro release at the beginning of this year. The shoe features beige suede overlaying with a translucent TPE underlay. The pair gives us their visual appearances due to their vivid accents, with orange and a rich maroon shade being the most dominant, featuring on the double-stacked swooshes and midsoles, tri-branded heels, and the laces. Next, we have a bright splash of green on the throat, tongues, and the Nike heel lettering. Completing the design there’s a waffle-textured outsole at the bottom dyed with a full gum exterior.

If interested in getting your hands on one of these, the shoes will be released worldwide via the JUICE store on September 9. A blue colorway is also involved in this collaboration, but these will be dropping at a later date.

This Nike Air Max 95 is made for cuban links