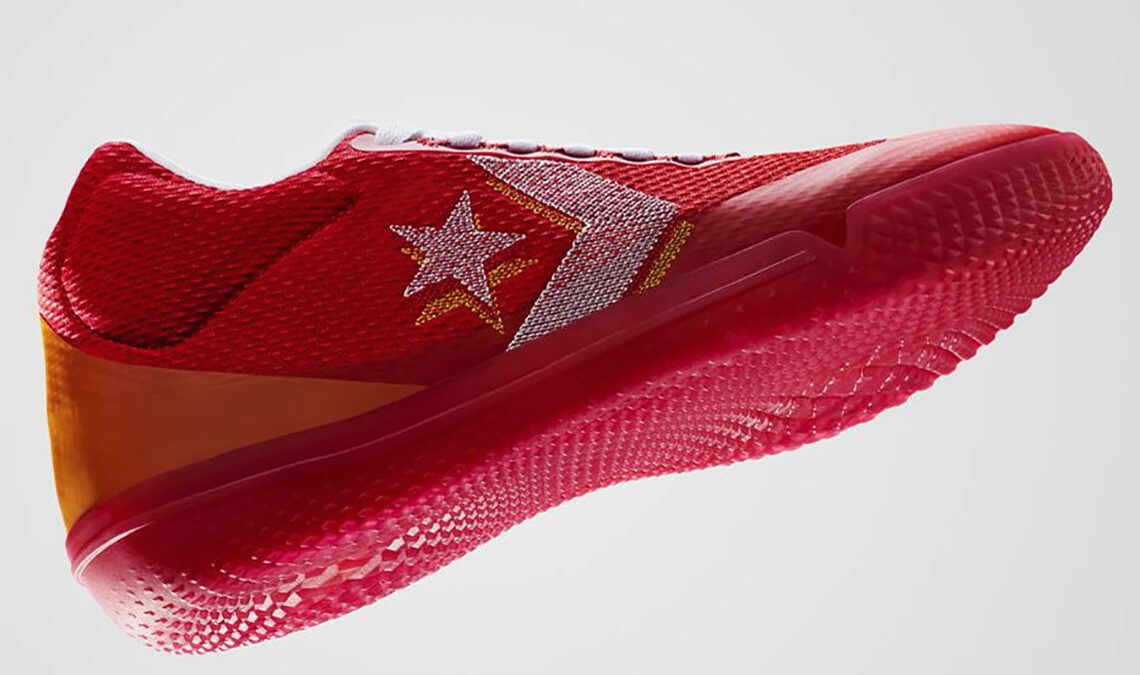 Expanding their signature athlete roster with Natasha Cloud of the Washington Mystics, and Shai Gilgeous-Alexander of the OKC Thunder and rolling out new silhouettes has increased the Converse basketball demand over the summer. With fans across the globe tuning into all of the bubble action, the Boston-headquartered imprint is brewing up some hoops-related excitement for fans with their impending “Wholehearted” collection.

Influenced by the internal fire found within basketball’s fiercest players the silhouette is a split between All Star BB Evo and Converse G4. Fiery colour schemes are used differently in each model. With vibrant lateral skins neighbored by orange/yellow heel accents and white medial panels the All Star BB Evo takes a bright bold approach. A clean white foundation that’s complemented by red midsole molds, and yellow complements pasted to the liners and medial One Star insignias is what Converse G4 is reliant on.

You can get these sneakers on converse.com from September 3rd.