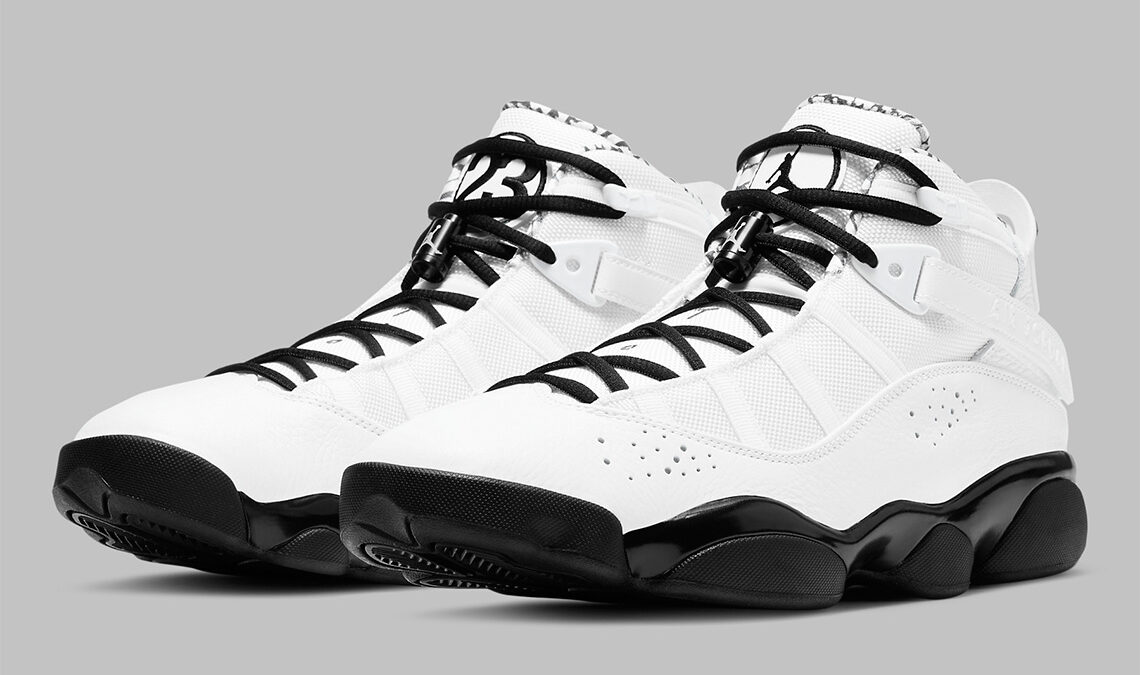 The Jordan Six Rings “Motorsports” from 2010 is making a comeback

The mid-late 2000s, the “Motorsports” notion was one of Jordan’s Brand’s most thrilling colourway idea as it grew from MJ’s emerging efforts in the racing world. In fact, to this day, the GOAT is as passionate as ever in the circuit, officially announcing in October 2020 his 23XI racing clan alongside his long-time friend Denny Hamlin as co-owner and Bubba Wallace as one of the premier drivers in the team.

Back to the footwear aspect the “Motorsports” colourway was marked by a clean white/black/royal mix on the Air Jordan 4, followed by a sharp white leather exterior, black soles, and the iconic elephant print lining the interiors of the Air jordan 6. both were considered among the most lauded promo samples sitting in the market and SneekGeekz, then a notable sneaker reviewer prior to “shoetuber” was a thing, apparently paid in the five figures just to acquire the AJ6. Seemed the money well spent, until Jordan brand decided to release the Air Jordan 6 “Motorsports” as Quickstrike in early 2010. While the promo sample and the general release dressed similar, to collectors, they’re two completely poles apart. It’s worth noting that Air Jordan 4 “Motorsports” eventually released as GR as well, but without the Mars logo studded onto the heel. In 2010 Jordan Brand brought the Motorsports look to even-popular Six Rings, a hybrid sneaker that merged the elements from the six championship shoes worn by Jordan throughout his carrier. The Jordan Six Rings typically drops at stores without any firm release dates, so expect these these to show up in the upcoming weeks.