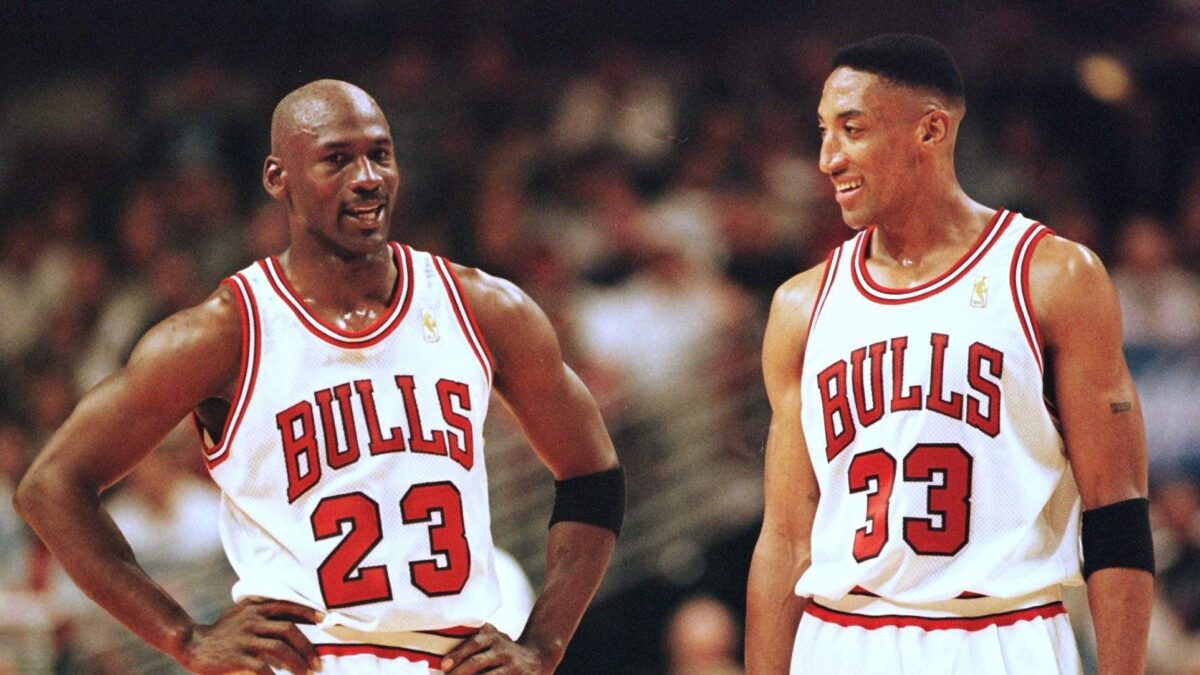 The Last Dance | EP 1 : Review | Inception Of A Legacy

The time we were all waiting for is finally here. The first two episodes of the highly anticipated documentary on Michael ‘Air’ Jordan – ‘The Last Dance’ is finally here.

The documentary is nothing short of what was promised as it takes us through a wild ride of controversy and drama that revolves around the Jumpman. We dive right into Michael’s high school days and his achievements at the time. His highly reputed skills landed him a place in the University Of North Carolina’s basketball team and his impact in his freshmen year could be felt. He dominated the court and won the university the NCAA championship in the first year that he played for them.

The Chicago Bulls were not a dominant team and could not even compete with the likes of the Red Sox and Chicago Cubs in terms of sales and attention. All of this changed as Michael made his way into the NBA.

Another major plot is introduced to the story as we meet Jerry Krause : The General Manager of the Bulls and Phil Jackson : The Head Coach of the Bulls. They have a very sour relationship as Jerry feels threatened by Phil and his growing reputation. Phil was booming in popularity as well as paychecks as he was on track to cross his ex-boss who landed him a spot in the Bulls. It is a tale of envy which stirs up a lot of internal issues in the team and makes Jerry the Villain of the story.

It is at this time that Michael Jordan says, “I said from day one, if Phil’s not coaching, I’m not gonna be a part of the rebuilding.” Michael is not the only one who dislikes Krause and this list includes his fellow teammate Scottie Pippen.

Deloris Jordan, Michael’s mother, reads a letter out from her son when he was in college. Although not very influential for the plot, the scene is hilarious as he asks for stamps from his mother and the scene delivers an understanding of his character as a college boy.

There is another scene in the episode that shows the bulls’ and their crazy pre-season parties. He narrates an episode in which he once waled into his teammate’s rooms to see them snorting cocaine and having girls over. Although he wasn’t there at the time, he accepts that he would also be a part of that if he had not gone out.

Another hilarious moment is when Jordan refers to the ongoing issues of the team rebuilding by referring to the Cubs. He comments that “No one’s guaranteeing rebuilding’s gonna be two, three, four, five years. The Cubs have been rebuilding for 42 years.”

By far the most entertaining quote, was when Jerry Reinsdorf, responding to the fact that Jerry Krause invited the whole team, and their new coach, but didn’t invite Phil to his step daughters wedding, says, “If somebody doesn’t invite me to a wedding, I’d like to thank ‘em”.

The episode is full of turns and twists that even the biggest of his fans might not be aware making it a must watch for all basketball fans.

The Last Dance : A Home Movie