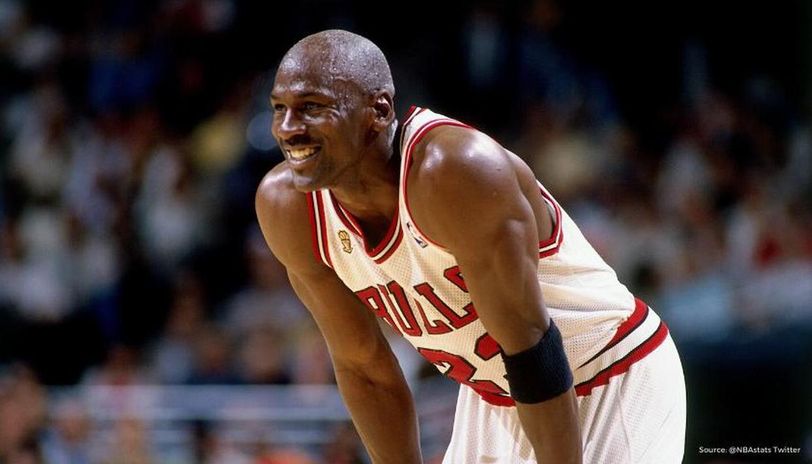 Arguably the most talked about documentary, ever, The Netflix and ESPN documentary-series “The Last Dance”, which is centered around the Chicago Bulls, with Michael Jordan being the protagonist. Today, we got to see another episode of this series, episode 7. This will most probably be the episode we remember when someone talks about The Last Dance, as through this one hour, we go over the death of Michael’s father, and his retirement just three months later.

We are first taken back to the pre-playoffs press conference of 1998, and see the General Manager of the Bulls, Jerry Krause, who is taking questions from the reporters present. One of these reporters asks Krause about the chemistry between the team and talks about the backstabbing between him and their coach. Krause clearly takes offense to this and repeats himself several times to emphasize that there is indeed no backstabbing going on between the coach and him. He then goes on to talk about how he is not surprised by the chemistry of the team, since the players are professionals, and winners, unlike the reporter who asked this question. He then walks off the stage.

We then go to 1998 eastern conference game 1 – round 1, where the Bulls are playing the New Jersey Nets. We see a reporter quote Michael, saying that Jordan claimed that if the Nets were to beat the Bulls, his team would have to fall asleep. The Nets give the Bulls very fierce competition, but the Bulls do manage to come out on top, with a final score of 96-93. Michael Jordan was evidently mentally exhausted.

We then hear Jordan talking about his father, and how much of a source of support, and advice he was to Michael. Michael often referred to his father as “my rock”. He talks about his school life, and how when he was in the ninth grade, he got suspened three times in one year. This was when he got pulled aside by his father, and his father told him that if was going to keep going with all this mischievous stuff, he might as well forget about sports. “…from that point on, it was tunnel vision”.

While talking about his father, and the kind of relationship and how close they were, almost starts tearing up. I can only assume they cut the part of him crying out so as to avoid another Michael Jordan crying meme. We then hear George Koehler, who was Jordan’s personal assistant, talk about the day he was supposed to pick up Michael’s father from the airport, for a charity event he was hosting. He recalls how Michael’s father never showed up that day. James Jordan, Michael’s father was then missing for three weeks. On the 13th of August 1993, his body was found. He was a victim of a robbery. He had been shot once by two teenagers, who were later charged with the robbery and murder. Even though the media wrote many articles, and took many cheap shots at Jordan, the police insisted that this was a shear case of greed, and brutality, and that James’ case could have been anybody’s.  Michael, while talking about coping with this loss, he remembers that his father often used to say that you should look at a negative thing and turn it into a positive. He looked at this sad, negative thing, and was reminded of a very positive one; that his father was there to watch him play his last game.

News broke soon that Michael Jordan would be holding a press conference, to announce his retirement, effective immediately. This news struck hard for all Chicago citizens, as the MVP, aged 30, was officially retiring. One reporter described this press conference as the “ultimate press conference”, stating that every single cameraman, and reporter he knew, from all parts of the country were present there. This was a ‘tribute’ to the effect on American life the best basketball player in the world has had. There were even more conspiracy theories after this. They were theories that Michael was being secretly suspended as a form of punishment, due to his reckless behavior. David Stern, when asked about these theories, said, “The urban legend that I sent him away because he was gambling is ridiculous. No basis in fact, whatsoever.”