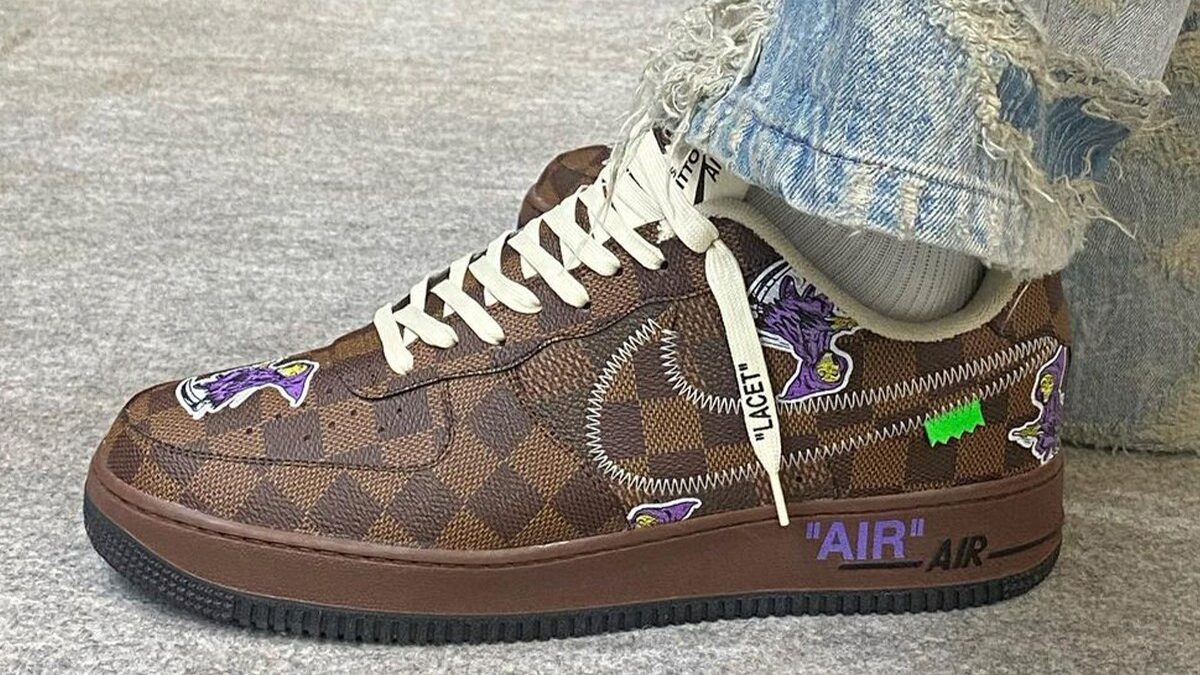 Abloh and Louis Vuitton are know for the projects that intersect the boundaries between streets and the runway. The designer and Nike, Inc have collectively transformed footwear collaborations with “The Ten” in 2017 and have even progressed to a whopping 50-shoe “Dear Summer” (AKA “The 50”) collection in 2021. In case of the prestigious Parisian couture house, its 2017 collaboration with Supreme wrote a new chapter for haute couture-meets-streetwear collaborations that are still the flavor du jor four years later. What is surprising, however, is that the Louis Vuitton x Nike Air Force 1 is a tact acknowledgement of bootleg culture — making it even more groundbreaking than the unprecedented Dior x Air Jordan 1.

Even after 40 years of its debut in 1982, the Bruce Kilgore-designed Air Force 1 is still at the top of Nike’s best-seller list. A certified icon, ranging from its signature all-white and all-black colorways to its myriad of collaborations, and is the heart of hip-hop and street culture from New York City to London and Tokyo. Way before such a collaboration was even imaginable, there was even a famed rap song about the Air Force 1. “A cultural symbol in its own right, today the Nike Air Force 1 serves as an objet d’art emblematic of self-generated subcultural provenance,” states Louis Vuitton’s show notes. “For Spring-Summer 2022, Virgil Abloh collaborates with Nike on bespoke Air Force 1s, fusing the trainer’s classic codes with the insignia and materials of Louis Vuitton in homage to the hip-hop culture that shaped him.” This is a perfect explanation of what Abloh’s fans and detractors alike acknowledge , that much of his design ethos is re-contextualizing and referencing historical cultural references for the modern day.

Enterprising customizers have been constructing the Air Force 1 for years, giving its Swooshes and panels a luxurious upgrade from the authentic Louis Vuitton leather from purses, duffles and more. Not even to mention the myriad of cheaply-made knockoffs available at street markets. These customized goodies which was once made to get high fashion to street , have now attracted the attention of one of the world’s most influential luxury brands, and even received an indirect co-sign from Nike by way of this release.

In the course of time, high fashion has long pulled from streetwear and streetwear has frequently aped high fashion. Just like one of Shawn Stussy’s most famous Stüssy graphics is an interlocking S which is a direct inspiration from Chanel‘s famous double C logo. Dapper Dan reworked many high-quality takes on designer items at his Harlem atelier for decades before Gucci rolled him in for an official partnership in 2017 — after catching fire for designs inspired by Dapper Dan’s designs … which heavily featured Gucci logos. Balenciaga reimagined cheeky “bootlegs” iterations of everything in its vicinity. Even the Air Force 1 served as a “high fashion” item in its own right, inspiring everything from BAPE‘s Bapesta to Ari’s Menthol 10 and John Geiger‘s GF-01. But as a matter of discussion, something as popular and iconic as the Air Force 1 has received the “official bootleg” treatment.

Today marks a new day in the Air Force 1’s lineage, and for that we have Abloh and LV to thank. Grab a look at the kicks below.

Adidas claims that their collaboration with Sean Wotherspoon is ‘Almost Ready’