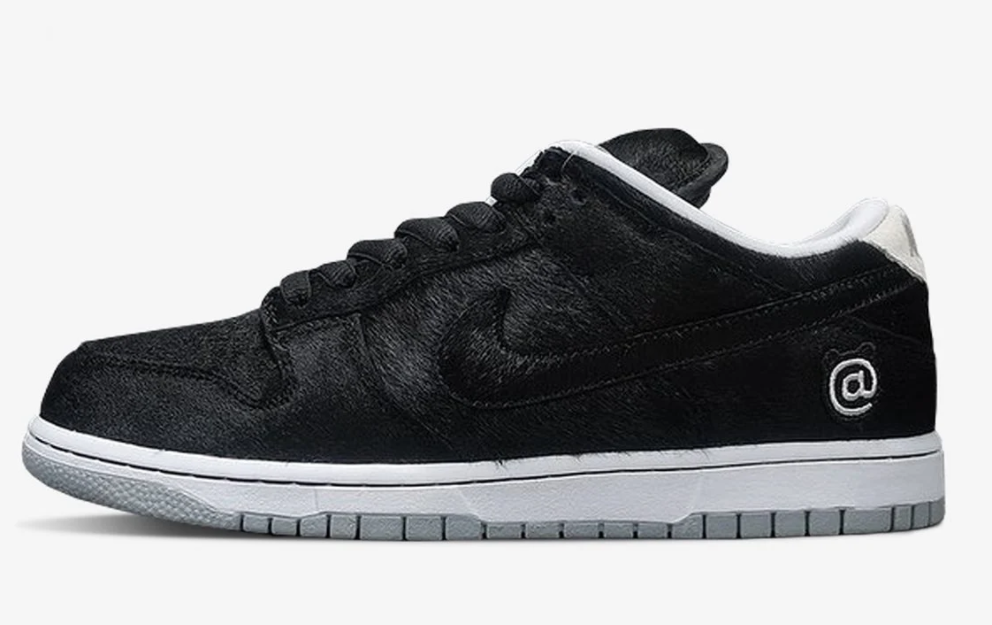 Given the responsibility for some of the most influential SB releases of mid-2000s, long-time Swoosh allies MEDICOM Toy reunite with Nike SB again in 2020 to showcase their next release — a black pony hair BE@RBRICK Nike SB Dunk Low.

Taking in consideration the rapid rise of the Dunk over the pastyear, its a no-brainer for the brand to call upon the infamous Japanese manufacturers for another installment of the collaborative line. Renowned for its highly collectible BE@RBRICK, the brand yet again decides to call upon their signature line with “@” embroidered logos at the tongue and lateral ankle, as seen on a bunch of previous kicks. Here, they rest atop an all-black faux-hair uppers, accompanied by similar overlays, save the rear heel flap which is dyed a golden blonde. Liners are a luxe white leather — a color that goes well with the midsole — and the pair is finished  with light grey rubber outsoles, contrast stitching at the midsole, and special-edition BE@RBRICK graphic insoles.

Detailed looks at the pair have just been uploaded ahead of their expected release this August 22nd. Just like before, these will again be both limited and extremely tough to cop.