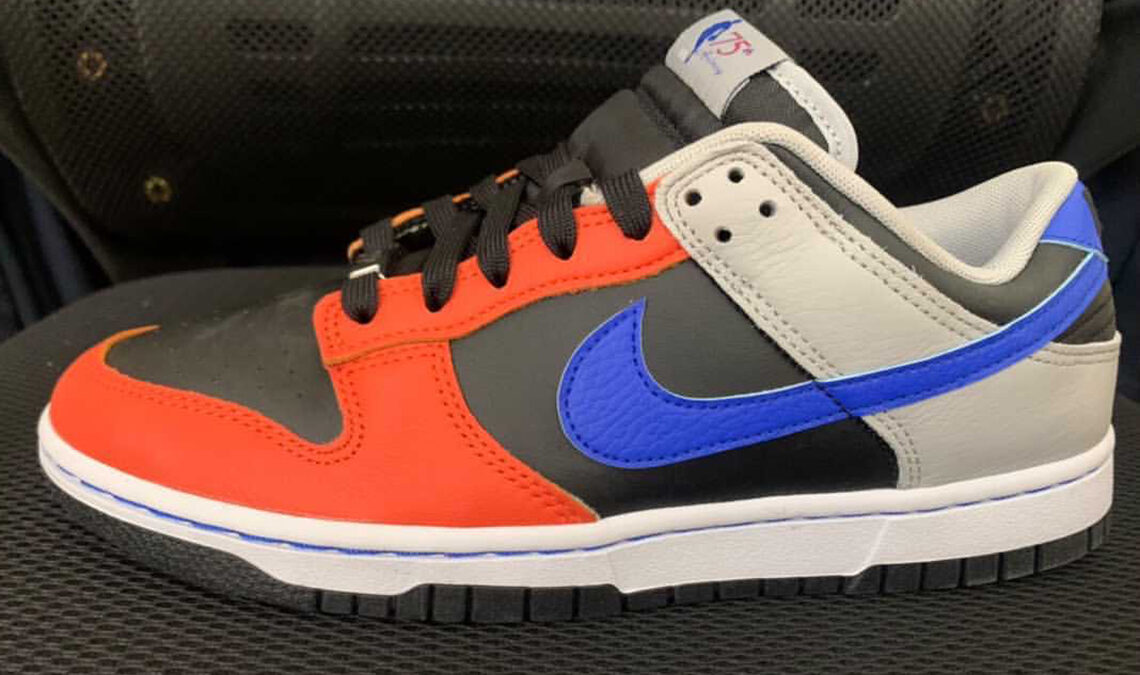 Resembling the previous iteration, this upcoming pair arrives in orange and black makeup. In this case, the underlays opt for black rather than white to create a more obtrusive foundation for the low-top Nike Dunk‘s superimposed paneling. “Racer Blue” which could be spotted on a handful of Air Jordan options over the last year, graces the profiles, heel, and midsole via swooshes, upper overlays, and stitching, respectively. It can be even seen on the “75th” text found engraved on the tongue label, a detail that has also appeared on the Brooklyn Nets-inspired Dunk Low. While the latest colorway doesn’t pledge allegiance to any one team, it’ll surely proffer memories to sports fans of various teams throughout the NBA’s history.

An official Nike SNKRS release date is not yet decided but it’s likely for this pair to launch before 2021 ends, take a look at the images till then.