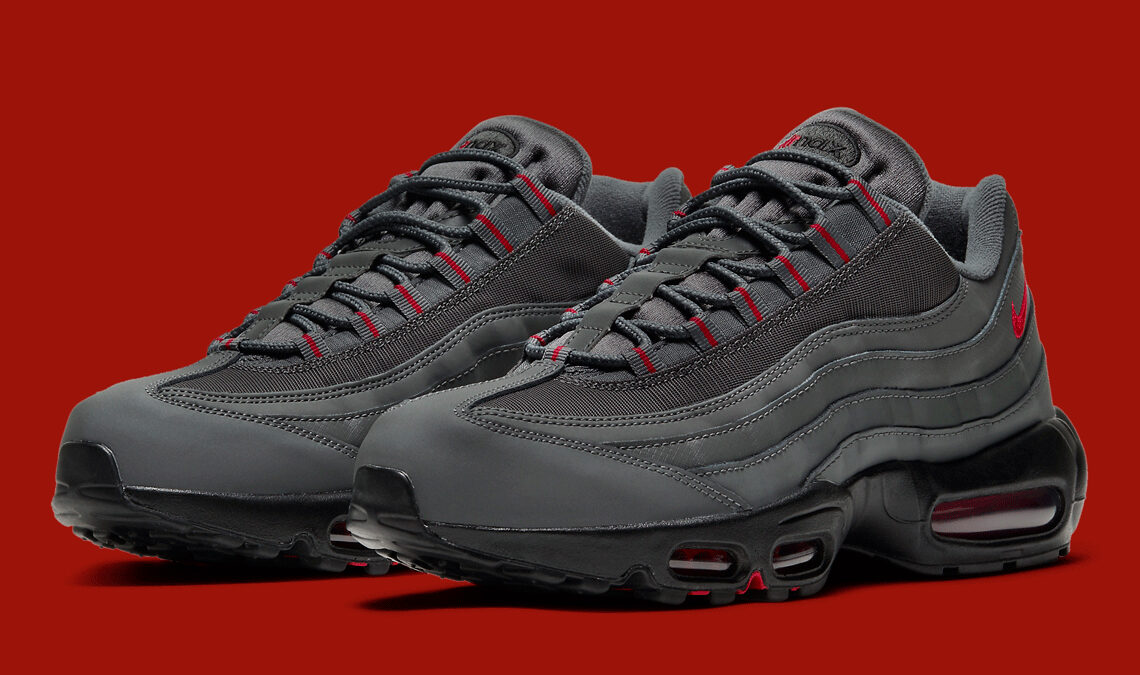 As the rumored return of the Nike Air Max 95‘s to original variant during the holiday season approaches, the sneaker continues to celebrate its 25th Anniversary with simple, but notable colorways. Case in point: a newly-surfaced pair clad in dark grey and accented with red.

Everything from the profile layers to the overlay around the toe is covered in greyscale shades. Motifs on the tongue and heel indulge in a different, but equally black, with the former’s being added by a scarlet hue. Accentuation on the lace loops and lateral heel swoosh also indulge in the stark red contrast. Under the foot, Air Max units are enclosed by a black midsole, which delivers a fan-favorite “bred” color palette. Outsoles mostly feature a dark arrangement but tread towards the forefoot and visible Airbag interrupts the tooling from going the tonal route.

A release date is still to be announced , but this Air Max 95 is likely to calmly arrive at Nike.com before the year summons. In the meantime, enjoy official images of the pair here below.

The Adidas Yeezy Boost 380 “Blue Oat” might drop this month.