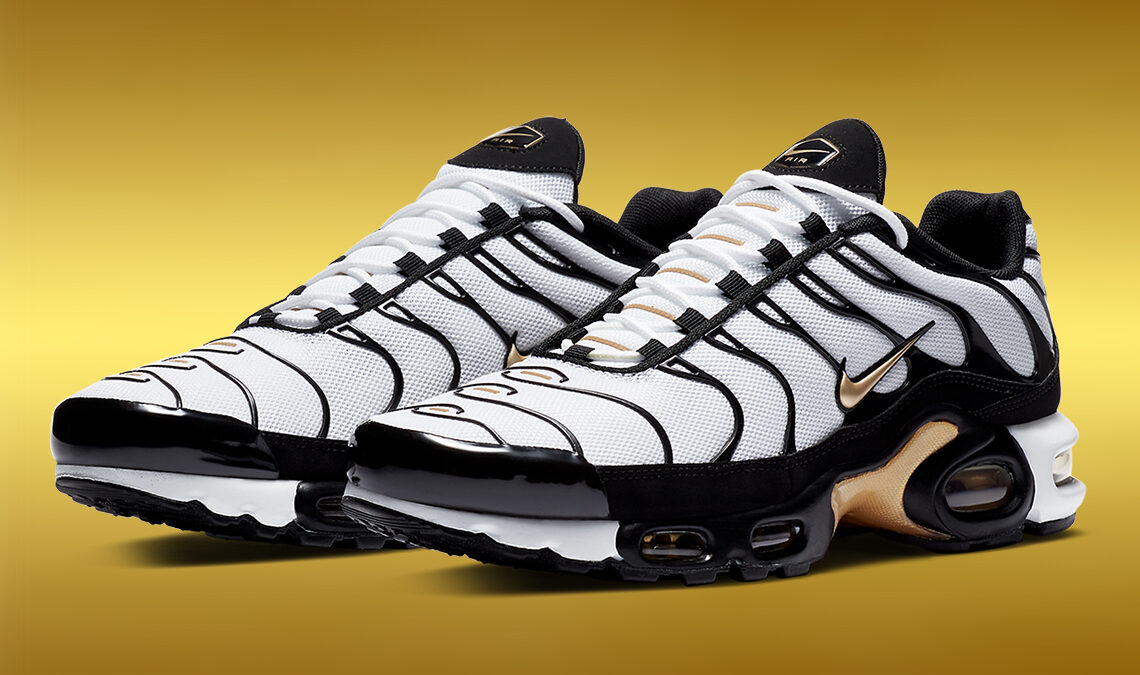 The white mesh uppers on the cult-classic, the Nike Air Max Plus, are more reminiscent of the Air Jordan 11 of the “Defining Moments Pack”, than the Air Jordan 6, which reissued for the first time since 2006, in April. However, the “Black” and “Metallic Gold” accents, which are seen throughout the pair – specifically at the midfoot – provide a look as striking as Michael Jordan ‘s choice footwear at the start of his three-peat NBA championship season.As the Tuned Air windows and their surroundings split up  their equal share of champagne and “yin-and-yang” hues, the colour tri-fecta spills over underfoot. As is customary with the silhouette, which released in 1998, a half-yellow “Tn AIR” badge is attached to the midle of the outsole, which also indulges in the “DMP” palette. The pair will most likely release quietly in the summer time, with a retail price tag of $160.