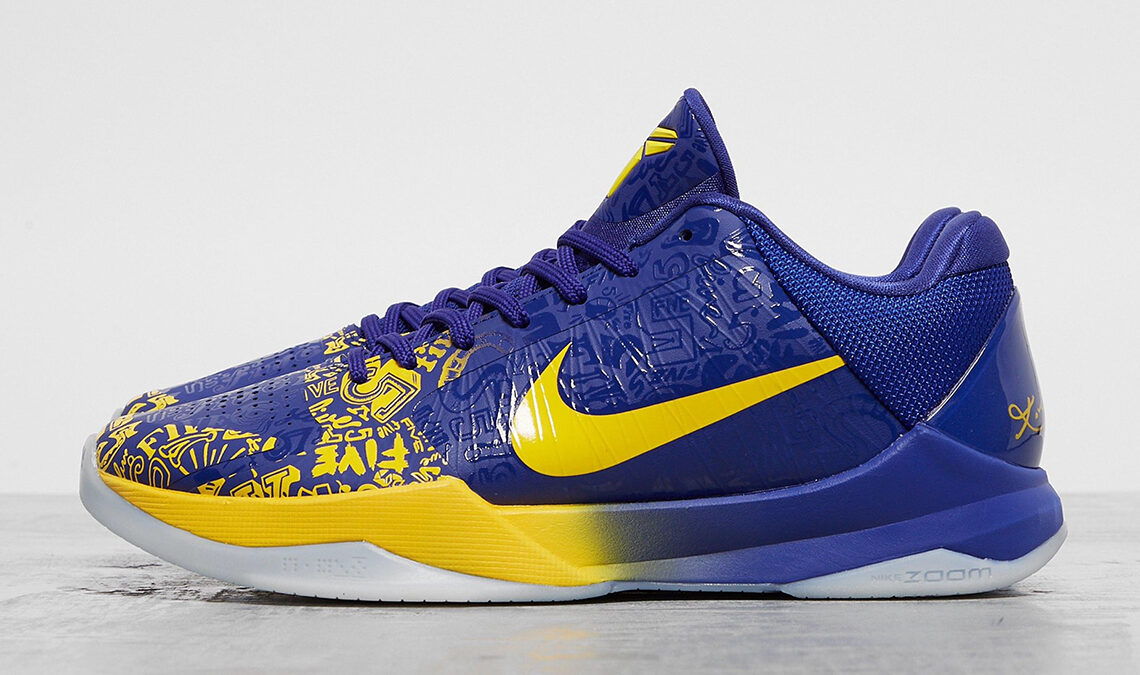 Nike is now officially geared up to bring the Kobe 5 Protro back to the market for the first time since Kobe’s untimely death back in January, the Black Mamba fanatics will be delighted with a full delivery of colorways both newly designed and full of nostalgia.

For Mamba Week, Kobe 5 “BigStage”, Kobe 5 “5xChamp”, Kobe 5 “GirlsEYBL”, and Undefeated Kobe 5 are expected to drop, but already set for a future drop are both Bruce Lee Kobe 5 shoes and the re-release of the “5 Rings”. Featuring a purple-to-yellow hue and a laser-etched artwork paying homage to Kobe’s great accomplishments, this highly celebrated Kobe 5 originally dropped in the Summer of 2010 after the LA Lakers greatest of all time won his fifth NBA title. It seems to be reappearing soon in Protro form, with none of the outer body being changed.

The Salvages Releases Its Manifesto Sneaker in "Midnight Black"