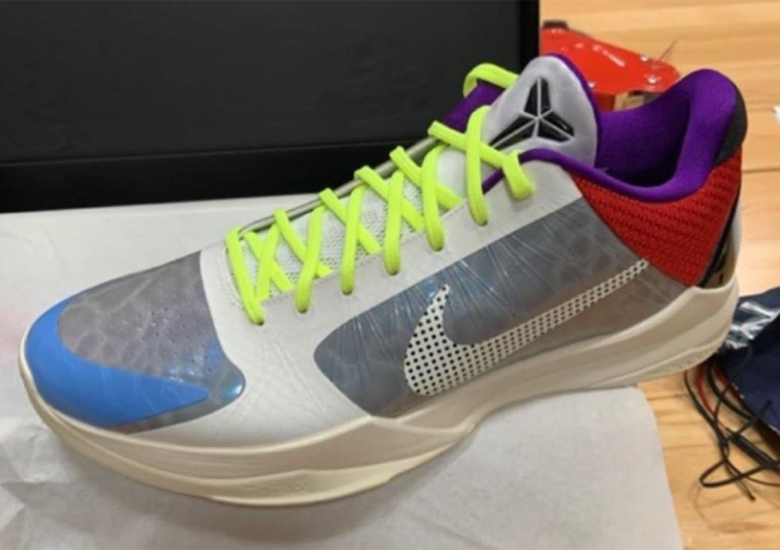 Nike Basketball recently made the decision to commemorate the death of the great Kobe Bryant with “Mamba Week”, an entire seven days dedicated to the legendary Laker that featured a specially designed uniform and batch of Kobe 5 Protro drops. Although many Kobe fans were a bit tasteless about the drop as many resellers saw it an opportunity to mint money. However, thankfully the Swoosh team has more in-store for the coming months, one being this “Particle Grey” colorway that’s set to release in the second half of September.

First spotted on sneaker king PJ Tucker in practice just days leading up to the commencement of the NBA bubble season, this “Particle Grey” colorway is gearing up for a delivery to the public. Its the combination of patterns and bright accents with some titular underlays that are ornamented with medium-sized scale patterns. Furthermore, multi-colored hits are put into the play via UNC blue toe tips, red mesh ankle paneling, purple liners, and volt shoe strings. Beneath off all that, the Zoom-cushioned midsole and entire treading contrast with light tan exteriors. You can check out a first look at the pair here, and expect them to drop on Nike.com on September 25th.