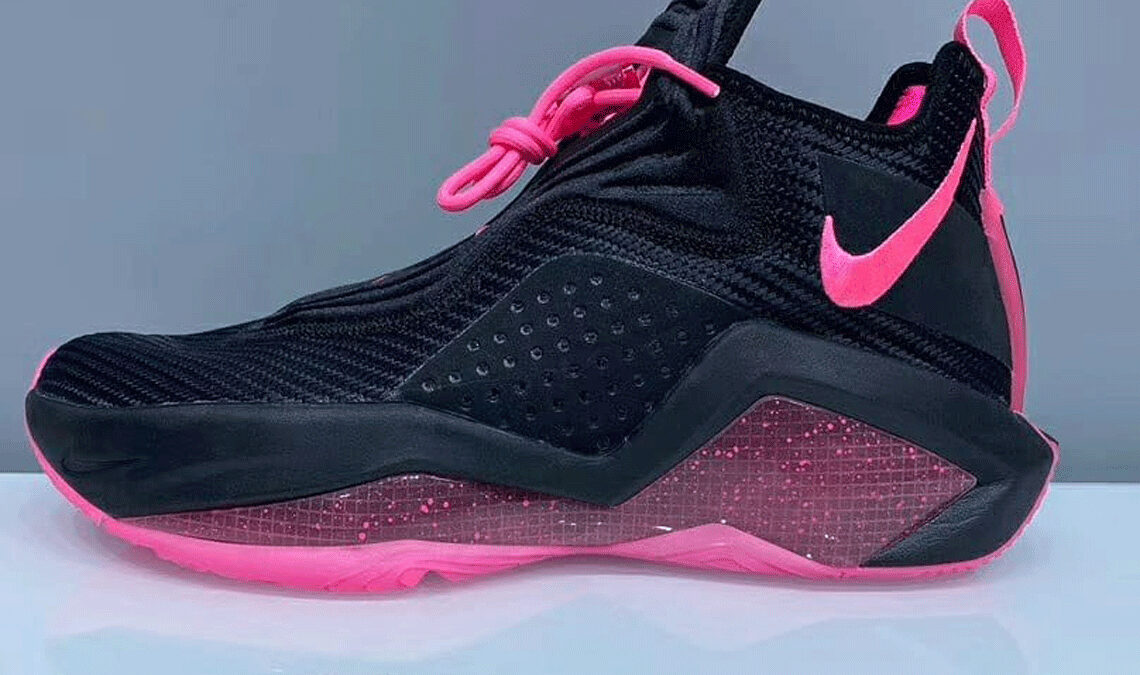 As we look forward to the cancer awareness months, footwear from sportswear giants have begun showcasing in pink-accented arrangements. Case in point: the yet-to-drop Nike Lebron Soldier 14 “Kay Yow”.

An annual shoe within LeBron‘s Soldier series, the rose-colored silhouette commemorates  Sandra Kay Yow, legendary head coach of the North Carolina State women’s basketball team from 1975 to 2009. Unlike the LeBron Soldier 13‘s cancer awareness-variant , its successor’s tribute is mostly covered in black. Woven uppers are contrasted with pink:spines, heel pull tabs, inner lining,Swoosh, laces and their toggles, tongue branding,medial heel embroidered ribbons and  laces and their toggles. Underfoot, the upcoming Nike Basketball silhouette further nods to the eight-time “Coach of the Year” partly-translucent finishes of its pink lateral thread and midsole. Elsewhere, Kay Yow’s “When life kicks you, let it kick you forward” quote is placed on the sockliner.

An official Nike.com release date is still to be announced, but the LeBron Soldier 14 “Kay Yow” is expected to launch before the month of October ends.