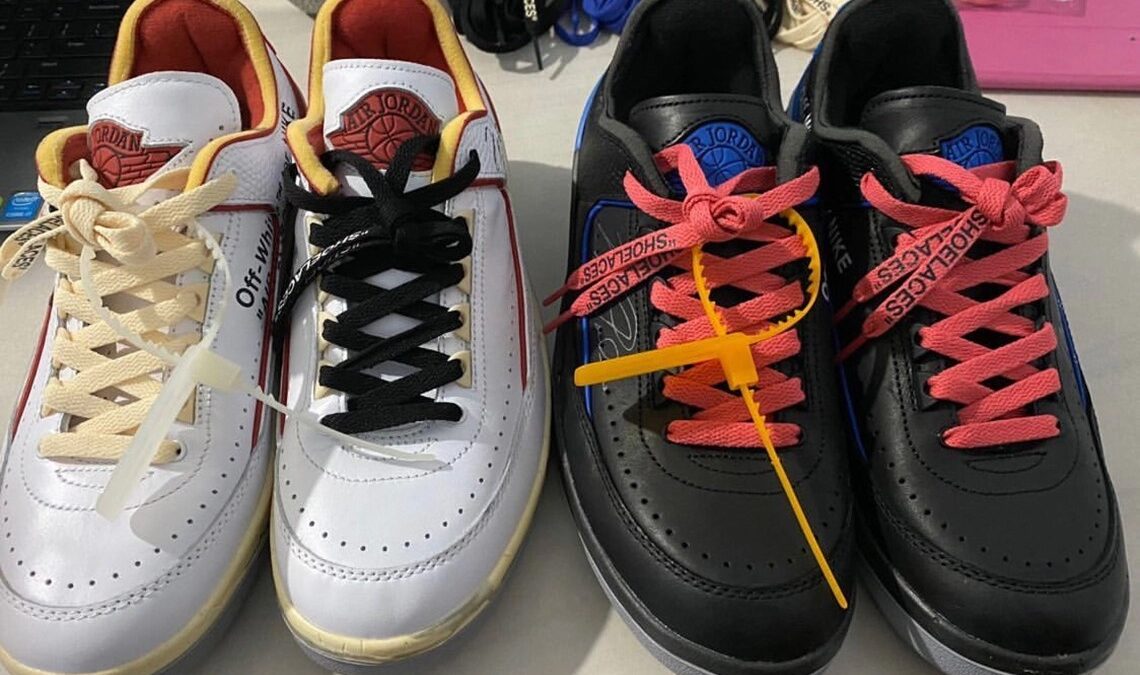 In attempt to celebrate the 35th-anniversary of the Air Jordan 2, a rumored release date for the Off-White™ x Air Jordan 2 Low is now released. As per the early information and a first look, in his next project, Virgil Abloh‘s ongoing Nike /Jordan Brand partnership leads the designer to reimagine the underappreciated footwear model.

The kicks are scheduled to iterate in “White/Red” and “Black/Blue,” with the design of the Off-White™ x Air Jordan 2 Low focusing on the aged detailing and deconstruction marked by bold branding. The collars and tongues of the shoe majorly endorse the exposed foam construction just like that in the previous Virgil Abloh collaborative sneakers. Branding details are added in the form of Michael Jordan’s signature on the later sides, Helvetica medial side text, zip-ties, “SHOELACES” marked lacing and printed insoles. Completing and complementing the look are the sole units that replicate the look of yellowed crumbling soles associated with vintage sneakers.

The Off-White™ x Air Jordan 2 Low is expected to appear in “White/Red” and “Black/Blue” on September 23.

Take an Official Look at the adidas YEEZY 450 "Dark Slate"

Drake And Nike Officially Announce NOCTA, A Sub-Label Inspired By His Creative Process