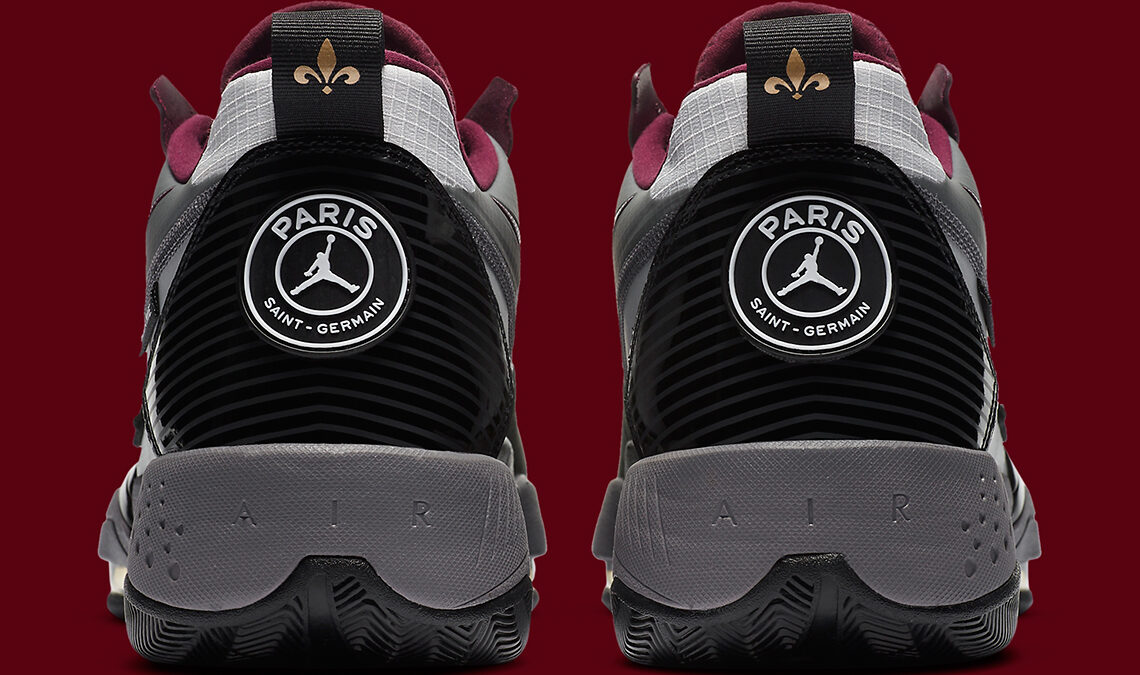 Paris Saint German joined in a collaborative relationship with Jordan brand this season when they prepared to release Air Jordan 4 and accompanying it is the Air Zoom 92.The pair is far more greyscale in comparison and the burgundy tone is used again which covers the tongue, topmost eye stay, and the textured Swoosh.

The rest of the upper is muted with dark grey shades on velvet seque toe box mathching the mdisole and taping while the lighter variations add marginal contrast to ripstop at the midpanel as well as on the partially see through synthetic. Black tabs then mark with “PANAME” in bold, a complement to the PSG emblem that accents on the heel atop black all the same. The pair is expected to release later this year for $150 retail.