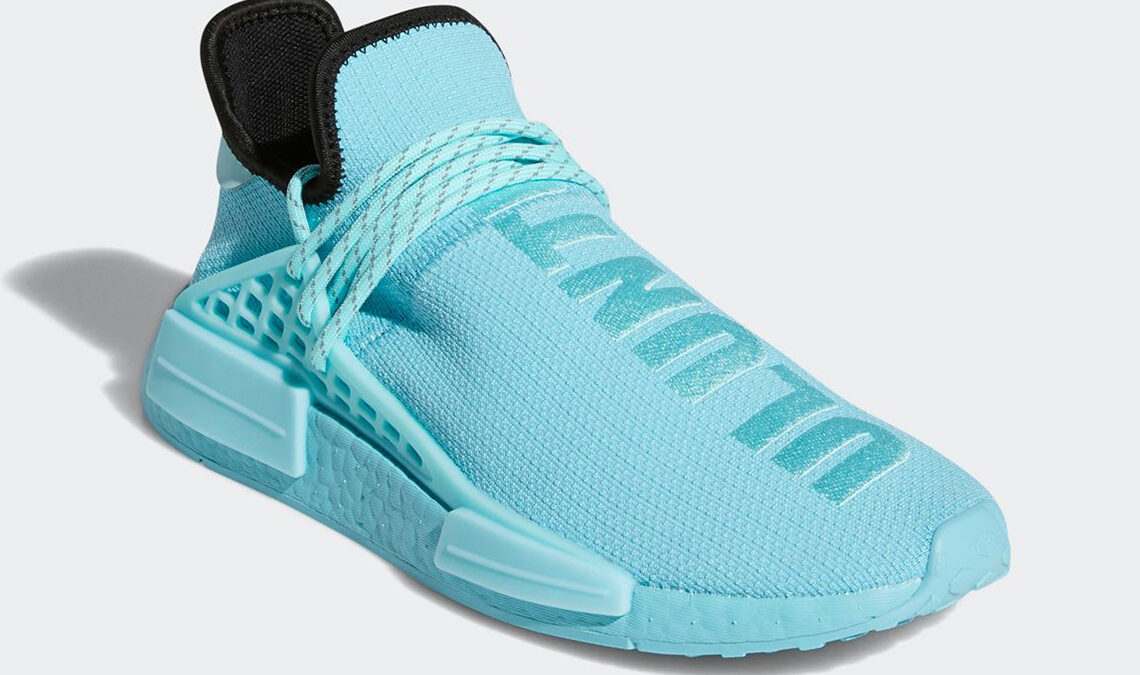 Pharrell and adidas have been busy planning the return of the NMD hu, since the start of the season, a silhouette that the entire collaboration was effectively predicated on years prior. A number of exclusive, variations have been observed on the embroidered text, and the previously teased “Aqua” colorway is set to release officially later this week.

Subtle deviations to the formula, though the pair does so in a color blocking near identical to the Yellow scheme to release alongside, confirmed for launch by select retailers. The titular blue is worked into the upper, its laces, the cages along the profile, and even the Boost below; though the lining, departs overtly as it opts for a dark black, used as a subtle accent note elsewhere.

The upper, in bold and oblique text spells out “ULUNTU” atop the toe box, a Ndebele term which roughly translates to “Humanity”, providing a characteristic finish to it. Grab a detailed look at these here and expect a release to hit select retailers and possibly on adidas.com on November 7th.