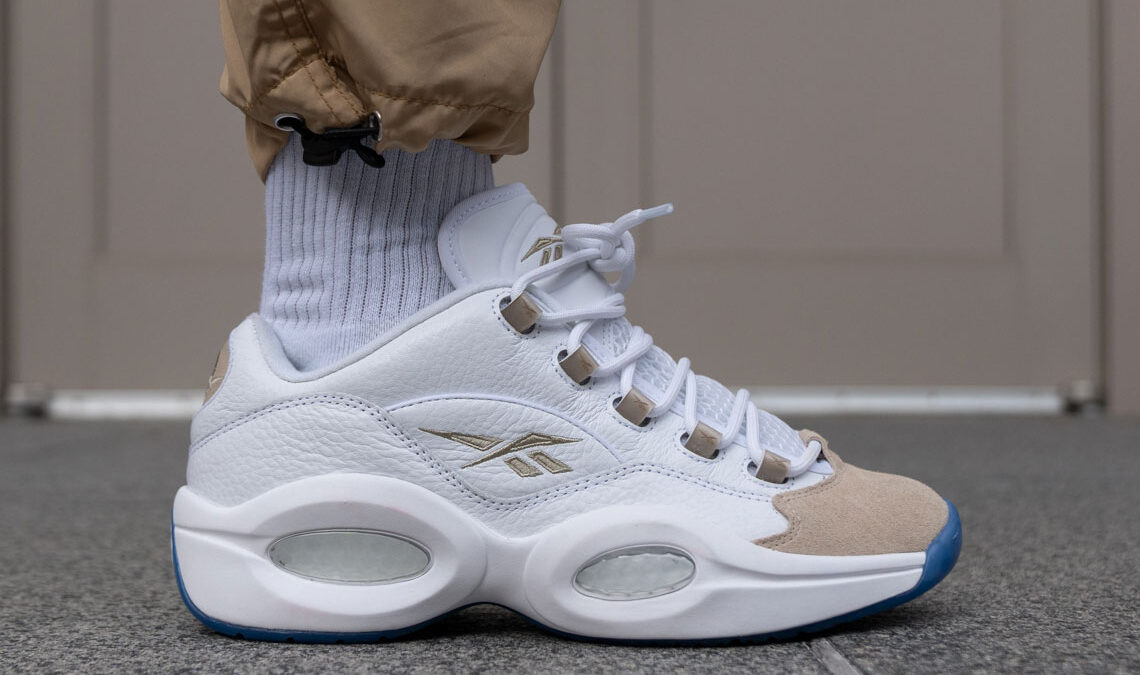 Reebok, all the way back in December before the whole COVID-19 situation, announced that they would be celebrating the life, and accomplishments of American basketball player Allen Iverson with the “Heart Over Hype” version of his first signature sneaker. Since then, Reebok has released multiple different “Questions”, in both Mid tops, and Low tops. After a 21 year break, joining the list is the Question Low “Oatmeal”.

Originally released in 1999, which coincidently happens to be the year Allen earned his first scoring title, features a familiar white tumbled leather upper, and the “Oatmeal” suede overlay, seen at the forefoot is present. The midsole, with integrated, and visible Hexalite cushioning, stays true to the original design, however the traction under it has a darker, less translucent look to it, compared to the original pair.

The pair comes out on the 7th of May, but if you want to cop any of the Reebok Question sneakers, do check out Superkicks, or Veg-Non Veg.