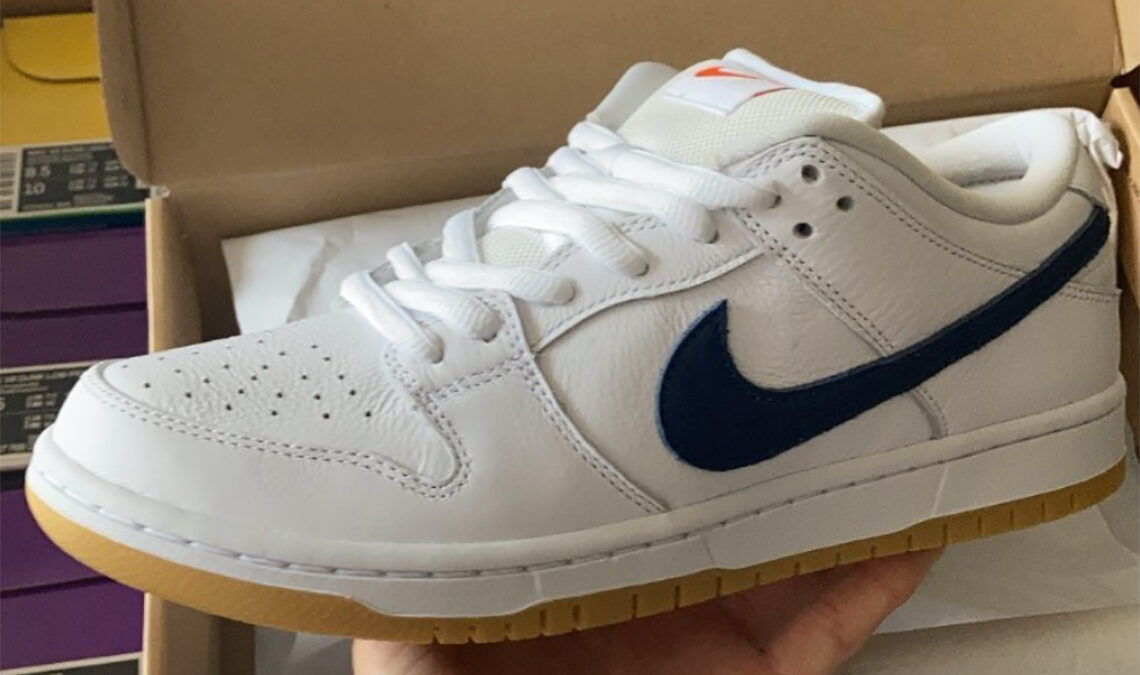 New, exciting Dunks under the Nike SB umbrella are being added while continuing its domination in 2021. As seen on @ryuhei_kitazume, the skateboard sub-brands Orange Label line of premium models will soon be dropping another skate shop exclusive.

The skate classic’s upper is covered in white leather and is contrasted by a navy side Swoosh. In true Orange Label fashion, a padded mesh—rather than leather—tongue is used. An orange Swoosh is seen on the tongue instead of the Nike SB logo that has appeared on past Orange Label releases. The pair comes as an equally versatile alternative to the black-on-white Orange Label Dunk Low that arrived two years ago. The pair also features a gum sole for skate-ready traction.

For a closer look at what’s in store for fans of the Orange Label, check out the image below while details regarding a release date and price have yet to be announced.