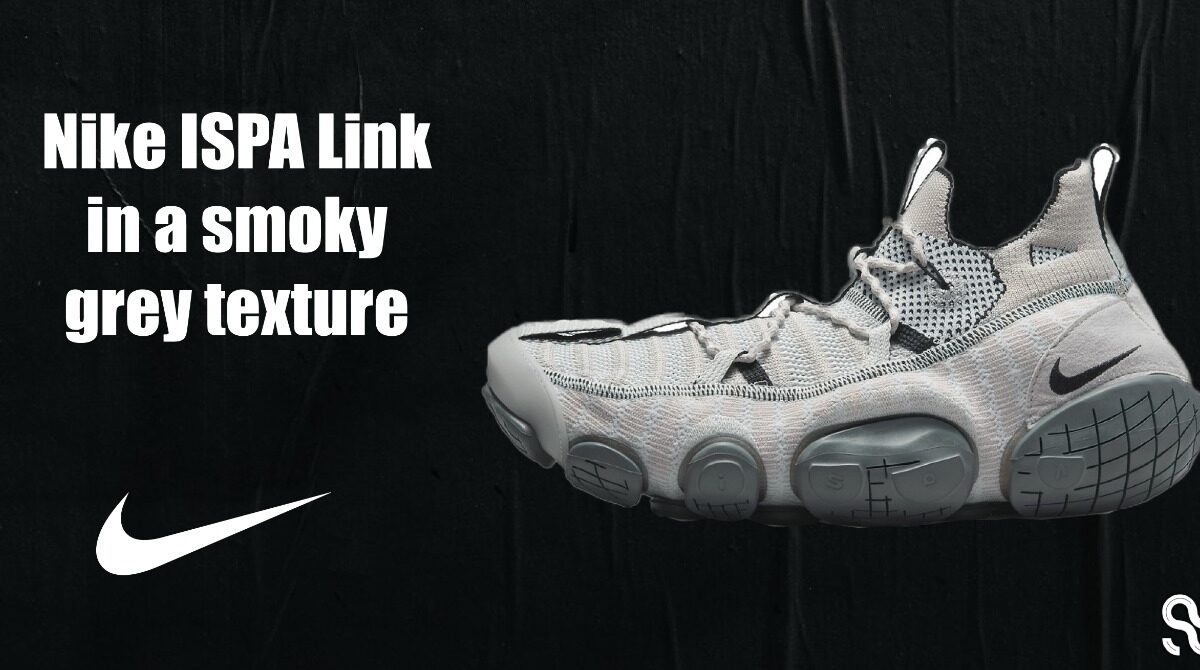 Improvise.Scavenge.Protect.Adapt – this is exactly what Nike has been doing since its rise. The latest release of Nike’s ISPA team is a futuristic detachable shoe – named the Nike ISPA Link.

The ISPA Link is set to release in June 2022, featuring a futuristic silhouette and 3 detachable modules that are connected by glue and can be detached and sent for recycling after the lifespan/use of the shoe.

A more advanced version of the shoe, the Nike ISPA Link Axis would only be released by early 2023. The ISPA Link Axis features a 100% recycled polyester Flyknit upper that’s engineered to fit over the outsole (compared to the the traditional cut-and-sew method used for the Link) and its 100% recycled TPU tooling is achieved by using scrap airbag material.

Both the shoes also have a mid-cut in between, so that at any time, the upper knit can be detached from the sole.

And now comes the important part, why? Nike believes in the concept of circularity. The traditional shoes were constructed with adhesives and glue, making it nearly impossible to dissemble. Also, the shoes that have to be recycled goes through a process named Shredding, which is an intense process that limits the recyclability of the shoe.

Basically, Nike wants to create a shoe which follows their signature circular design process – a closed loop that yields no waste, that is, all parts can be separated after its use, which is a tough nut to crack in the footwear design process. Achieving a milestone like this, really paves way for a different level of future.

The shoe also is on the face of controversies, wherein sneakerheads question their existence and about the high price range of the shoe. But apart from all those, ladies and gentlemen, the future is here.

The return of the Nike SB Dunk High Palm Olive

Nike set to release the LeBron 17 low “Glow” next month