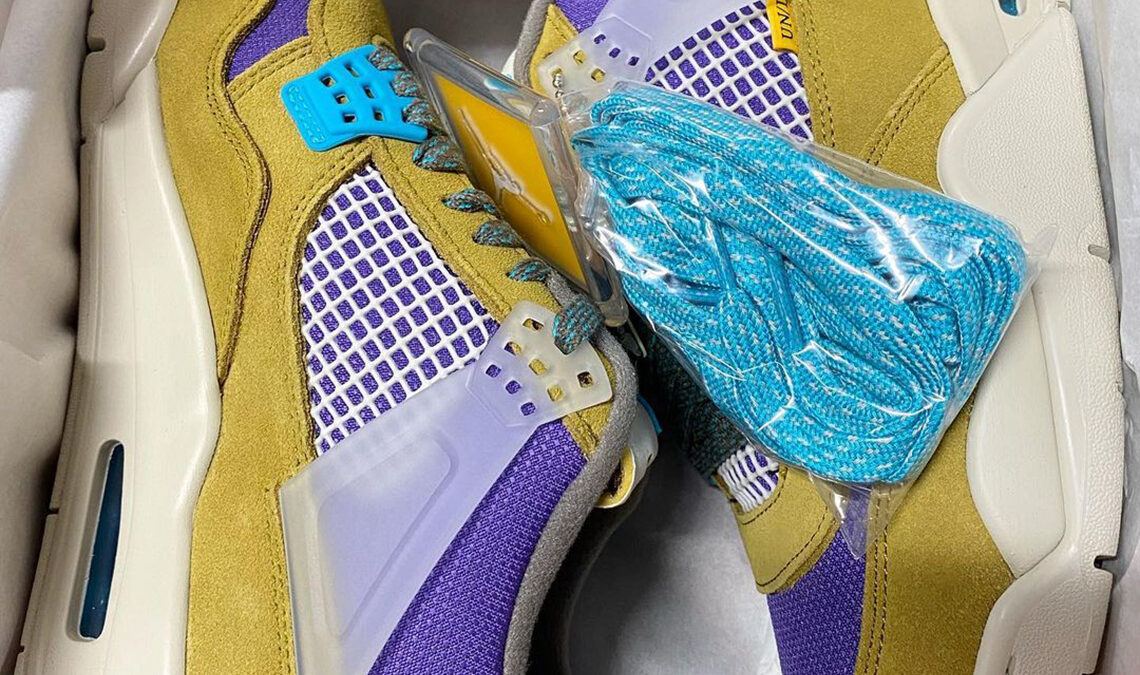 Jordan in its collaboration with Union has provided it a lot of creative space. In their earlier endeavors, their collaboration produced droves of apparel, vast range of footwear, along with a special animated short to match. And in near future we will get to witness not one but two versions of their Air Jordan 4 for the boutique’s on-going anniversary celebrations.

This pair as per the revelations made by the sneaker spies, is rather schismatic color-wise. The shades in “Desert Moss”
take the lead, dressing the thicker, vintage-esque suedes that cover the toe, profile, and eye stays. Below that, the mesh is equally vivid, with a deeper “Dark Iris” hue throughout. While neutrals arrive by way of the midsole with the netting, and see-through support wings, they’re hugely dominated by the latter as well as the “Turquoise Blue” accents on the adjacent. This loud cool tone impacts the shoe along the entire heel tab, the forward eyelets, and the label to the stitched down tongue.

Grab a glimpse of the pair below while you await its release in the near future.

Kanye West confirms that the Adidas Yeezy Foam runner is scheduled to be launched this month.