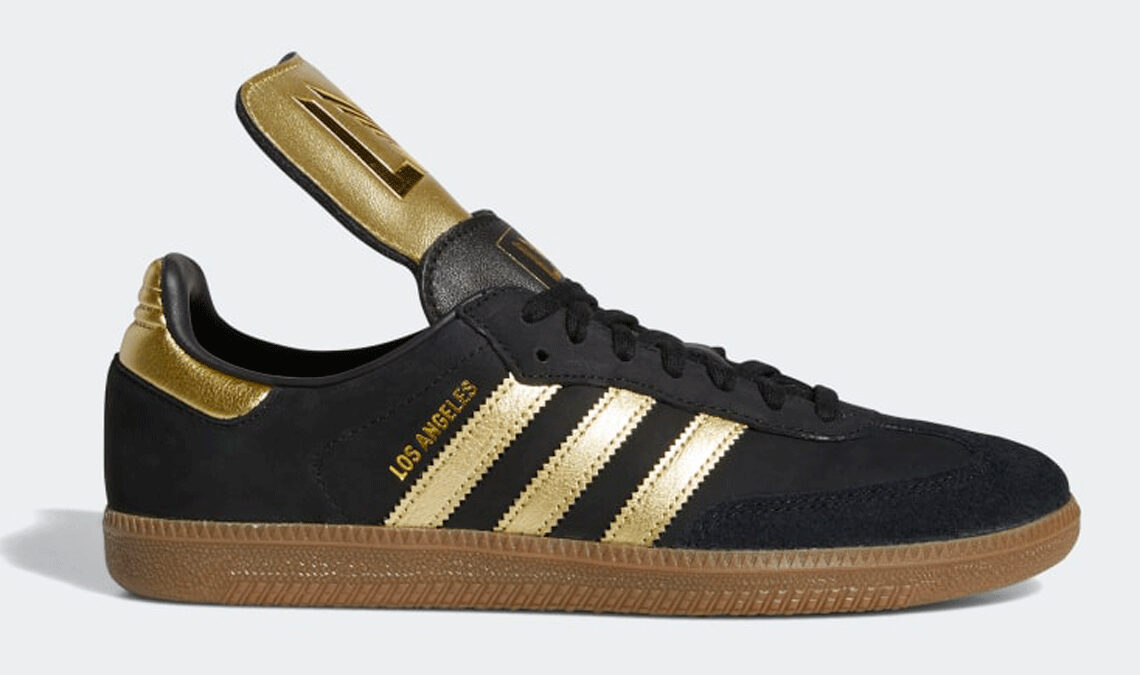 Pictures of the upcoming Adidas Samba featuring a shimmering-accented colorway co-created with MLS’ Los Angeles FC honors the legacy of this Football club. The upper of this classic 1950’s silhouette features black colored suede and leather uppers with California-based franchise’s “Core Black/Gold Metallic” accents. The reinforced “T” toe and the bulk of its surroundings opt for a dark, tonal arrangement, while branding across the tongue and profile and heel overlays deliver eye-catching flair. Other details include “LOS ANGELES” text beside lateral 3-Stripes logos instead of the original Samba logo on the side and LAFC’s badge follows suit on the tongue and is accompanied by interchangeable attachments honoring the 2014-founded organization. Underfoot, sole units forgo any “Core Black” and “Gold Metallic” hues in favor of the Samba’s tried-and-test brown “Gum” arrangement. It is scheduled to be dropped on August 22nd, 2020 for a price of $90.

The upcoming YEEZY Quantum “Ophanium” set to be dropped in September

Warren Lotas Sold Over $10 Million Worth of ‘Nike Dunk’ Sneakers