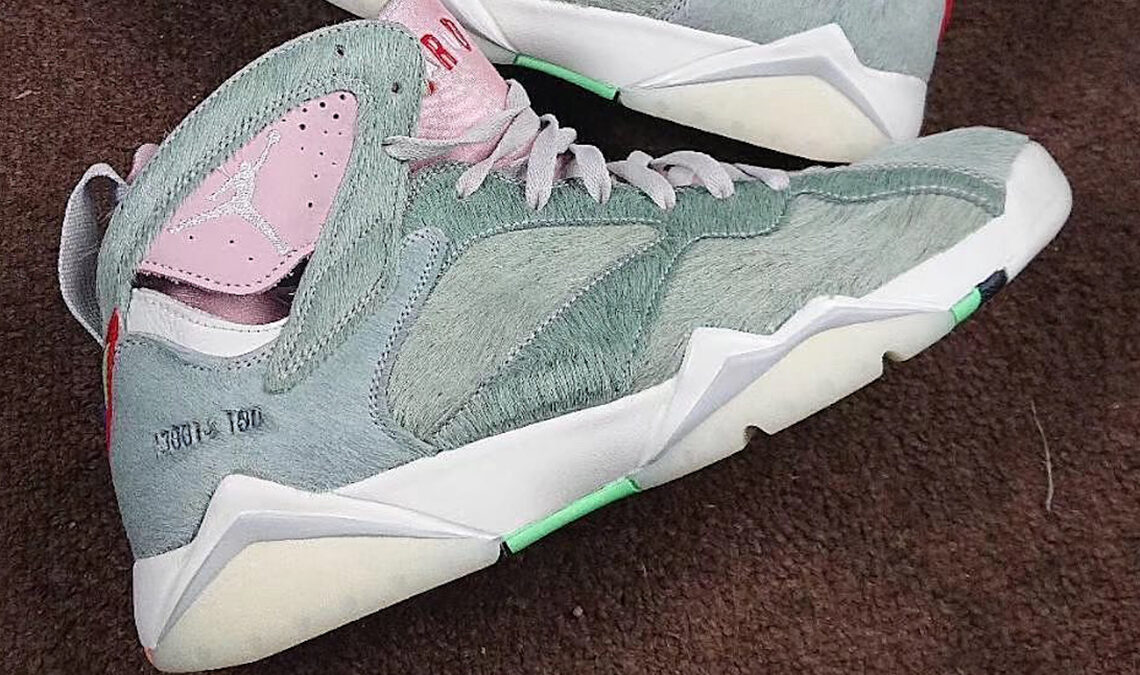 The Bugs Bunny has been a big part of the Jordan part for a very long time as he co-hosted a series of ads along side Michael Jordan himself. The iconic looney tunes character also starred in Space Jam alongside MJ. Bugs Bunny will return to the big screen alongside LeBron James for Space Jam 2 and Nike will not give up this opportunity for a memorable release that has a sense of nostalgia attached to it. The AJ7 crated an actual portrait of the Bugs Bunny as the upper is pink and grey representing the fur and ears respectively.

Grab a detailed look at the shoe when its available next month on Nike.com for 250 USD.