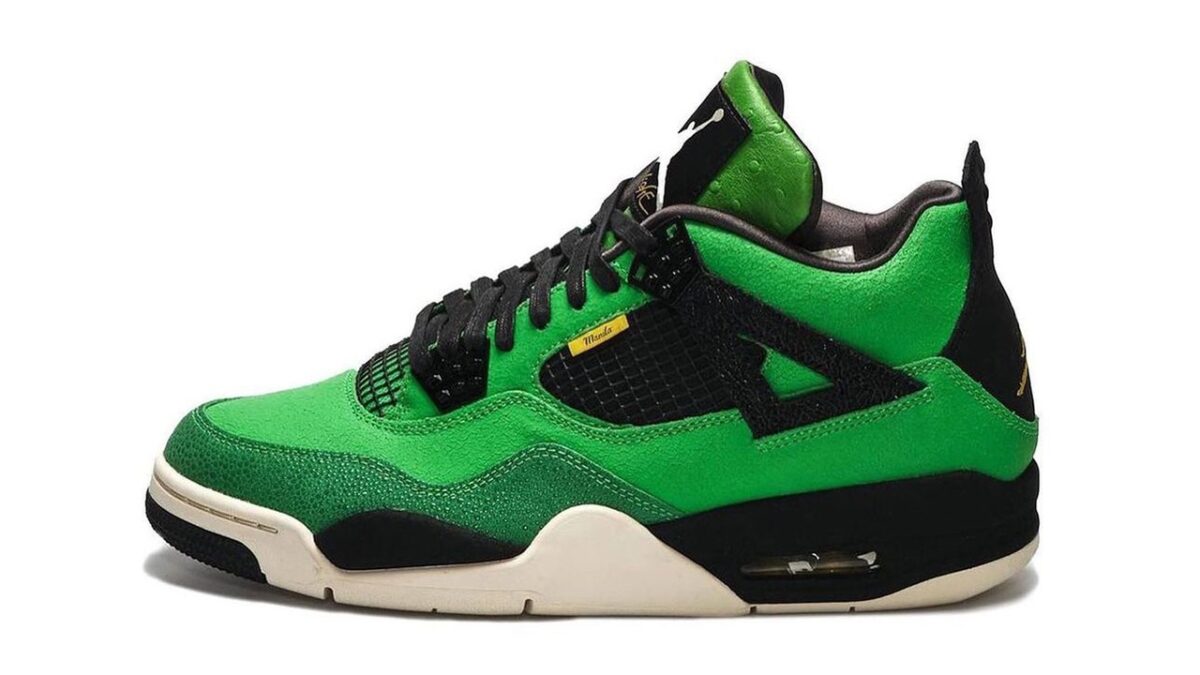 Shortly after the Air Jordan 4 “Fire Red” released another retro colorway is set to arrive in the market next. Set to release exclusively overseas the Air Jordan 4 “Manila” is the next product from the Jordan brand highlighting their obsession with the green shade. Philippines’s love for the sport and Michael Jordan has no bounds. The shoe is compiled with all of it appreciating the country for its support.

Philippines well known for its tropical islands are captured on the shoe through the greenish shades on the uppers . Signifying the land, the tongue is given a texture of ostrich leathers. Moving forward the suede crafted panels and the toe tips arrive with a pebbled leather material. Not leaving black behind the color presents itself on the mid-foot, cages, sockliners and brandings on the tongue and heel. Pops of yellow highlighting the rear jumpman, fight insignia on the tongue and the midfoot along the “Manila” text. All the pairs will be numbered out of 150 which will be present on the inner side of the tongue as usual. Marking its exclusivity all the pairs will be arriving with a yellow Jordan Brand hangtag imprinted with the “Manila” moniker.

The midsole arrives in the constant colors of off white and black, unusual hints of red and blue matching the Southeast Asia flag make its presence towards the forefoot.

Anyone willing to cop the very exclusive colorway of the 4s don’t forget to sign up for the raffle during the opening of PH’s first ever Jordan Brand store in Bonifacio Global City on the 3rd of December.