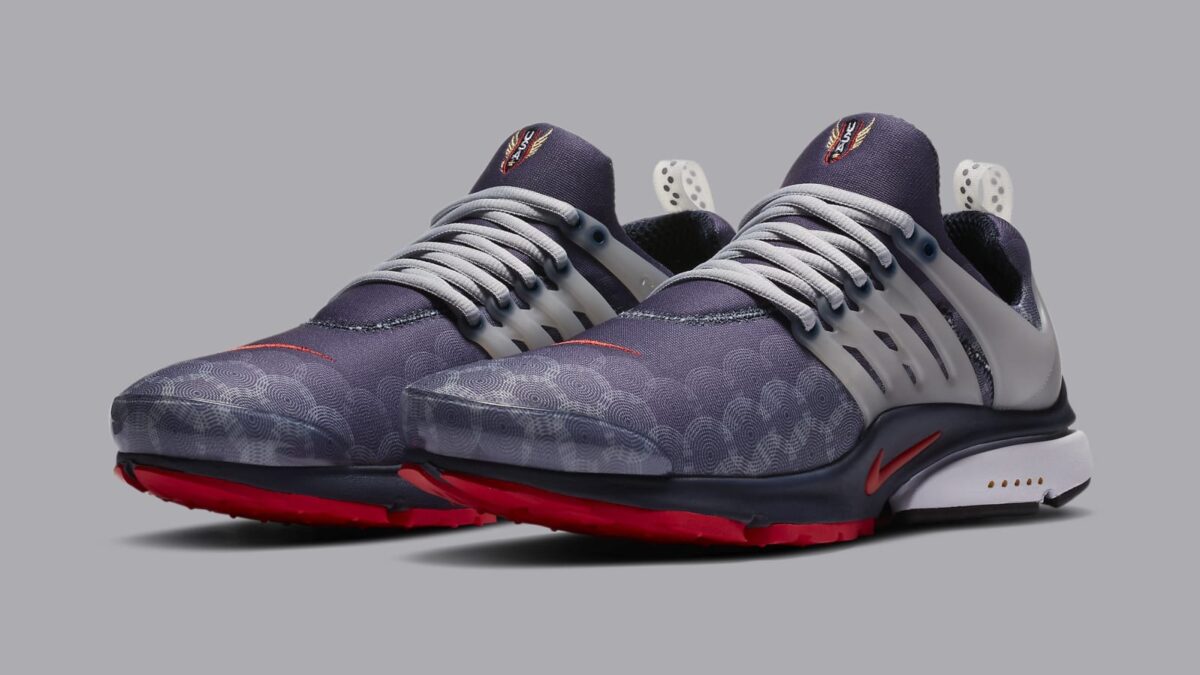 One of the bespoke silhouette produced by Nike is Nike Air Presto, which had is first collab with Virgil Abloh’s Off-White making it one of the grail and sought after pairs of all the time. Nike Air Presto being one among the lauded pairs will be celebrating its 20th-anniversary by dropping a undisclosed “USA” sample from 2000. White-based “USA” colourway bumped into the shoes in the year 2000 when it made first appearance at 2000 Summer Olympic Games in Sydney Australia. A similar pair was released but in a navy blue colour scheme for the lads of national team which never made it to retail till date. The prime difference between the two “USA” styles silhouettes is the navy colour blocking replacing the grey hue, but the similar details on the upper including the circular graphics and “USA” branding are retained. The look is enhanced with a semi-translucent lacing cage on the sides, grey laces, while the patriotic hues masking the tooling.

Nike Air Presto “Navy” starting on November 11 via SNKRS and at select Nike select Nike Sportswear retailers with price of $130.

COTTWEILER And Reebok coming up with The 3D Zig Storm