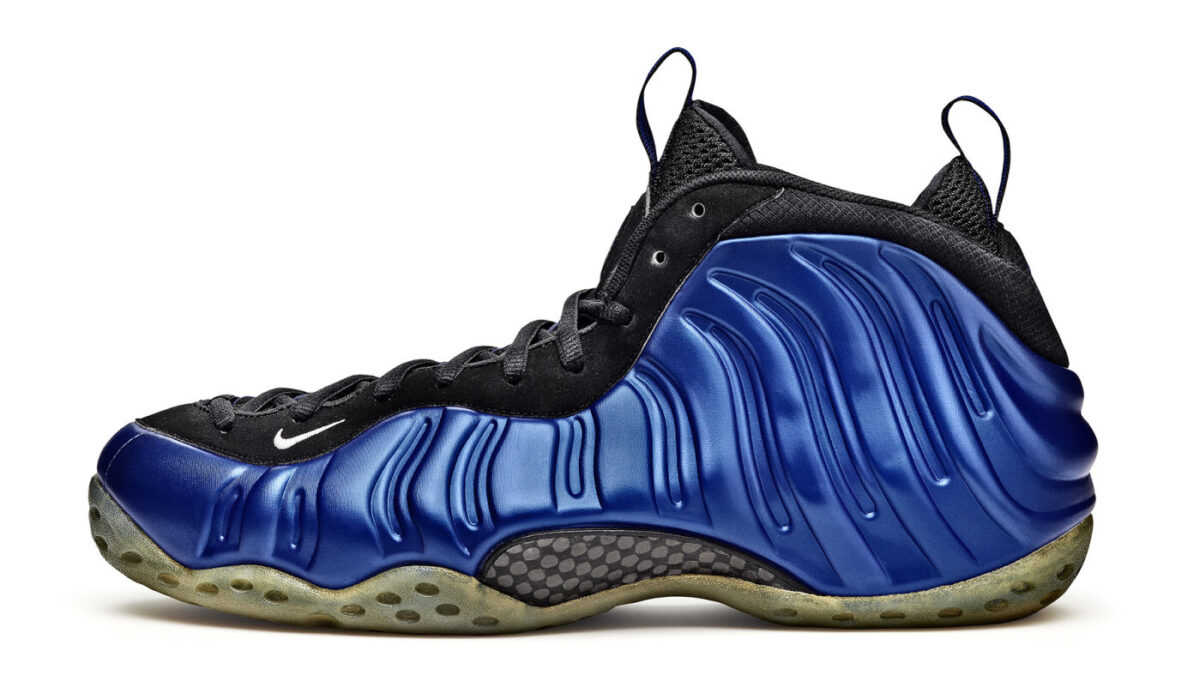 The Nike Foamposite had grabbed everyone’s attention when it was launched back in 1997. It was unlike any sneaker in the market at that period of time hence it was later worn by players at some of their impressive performance. The $180 shoe had a unique and futuristic look because of the synthetic upper with a carbon plate that didn’t have a prominent logo rather had a small Swoosh near the toe.

Let’s take a look at the top 20 Foamposite facts.

Nobody believed that the concept of Nike Foamposite would be materialized

Just like the story of every invention, there were several people, including their manufacturer in China who did not believe in the concept one of the reason was that it was completely unique and almost wild hence it took nearly 3 years for its development and yet the concept was entirely based on experiments and no brief was presented to the manufacturers.

It was originally designed for Scotty Pippens and not Penny Hardaway

Eric Avar designed the shoe for Scotty Pippens and not Penny Hardaway, The true story was that in a session with Penny, where he wasn’t moved by any of the other designs, he saw the Foamposite in Avar’s bag, and the rest was history.

The inspiration for the design of the Nike Foampospite’s aerodynamics was taken from the body of a garden beetle.

Initially, everyone thought that the design of Foamposite would ruin the footwear industry

Foampospite’s design was rather absurd as compared to traditional rubber and leather-based footwear. Nike would ruin footwear with the design. Fast forward two decades, and now nearly everything is made out of plastic-based materials. It hasn’t seemed to keep anyone from buying sneakers yet, either.

Daewoo made the Foamposite concept happen

Many companies had approached Nike with the chemical formulations necessary for making the Foamposite but most of them were either unable to make the correct formulation or for a negotiable price. It was Daewoo, the Korean automobile manufacturer who made it happen.

The upper of Foamposite began as liquid

The Nike Foamposite was the first shoe whose upper began from a liquid form. The liquid “Foam” material is then put into molds to create a seamless upper.

The real reason why it is so expensive

Apart from the fact that it took several years of research to come up with the concept of a seamless foam upper, the mold which is for the upper alone costs $750000. The price further increases due to the cost of labor, marketing, etc.

The Nike Air Foamposite One’s midsole had to be five times stronger than a traditional sneaker’s.

When the Foamposite was created, the process was so different than the traditional ways of manufacturing had to be revamped. In order for the molded upper to stay attached to the midsole, it had to be five times stronger than traditional glue and stitching. The development of the Foamposite helped with future technologies by pushing these limits.

$180 prices may be common now, but back in 1997, there was real sticker shock. And when you put that price tag on a brand-new technology that doesn’t even feature the usual “high-dollar” visible cues, like a Max airbag or a Jumpman, it’s a tough sell. Fortunately, enough people stepped up to keep in the line.

The NBA did not approve the use of Foamposite 1

The NBA did not approve the use of the original Foamposite1 because it didn’t have enough black color to coincide with Penny’s Orland Magic uniform so Nike came up with a Sharpie version. 1 year later Nike officially released the Sharpie version as a part of the Penny pack.

Mike Bibby first hit the court as an Arizona Wildcat wearing the Royal Foamposites on March 23 of 1997. That same day, Penny Hardaway laced up his Nike Air Penny IIs. It wouldn’t be until a few games later that Penny finally wore the Foamposite One with his Orlando Magic uniform.

Penny Hardaway had player exclusives in 1997

Penny Hardaway may not have been the first to wear his pair of Foamposites in a game, and he may have never worn them in an All-Star Game or NBA Finals, but at least he was getting exclusives before anyone else. The best part is that it’s been over 20 years, and Nike still hasn’t released this “Pearl” Orlando PE.

In a 1998 game in New York City, Tim Duncan broke out the “Pearl” Nike Foamposite Pros, while Penny Hardaway wore his then-new Nike Air Penny IIIs. Too bad this was all before the hyper-vigilant sneaker blogosphere, or else Timmy’s less-than-stylish image might have been a bit different.

The Foamposite was launched in a very small number

Initially, only 150 pairs of the Foamposites were released to make them exclusive. Although the hype surrounding these shoes was less at that point in time, Nike was sure that this groundbreaking technology would become famous in the future.

The initial molds for the Foamposite 1 was destroyed

The mold used to make the liquid foam-based seamless upper was not preserved for some unknown reason. This turned out to be costly for Nike when they were to re-launch the shoe as a retro.

The phone number has been disconnected.

The Nike Air Foamposite was featured in Nike’s simple yet brilliant print ad campaign that showed shoes on a white background with a Swoosh and a 1-800 number. Tragically, the phone number has been disconnected. We were hoping to get Lil Penny on the line.

The Foamposite was also turned into a clog

For some strange reason, Nike decided to use its seamless liquid foam-based upper technology to create the Clogposite clogs in the 2000s. Clogposite was a literal takedown model of the previous year’s Air Flightposite.

A person literally tried to trade his 2000 Ford Mondeo with a tank full of gas to get his hands on a pair of the exclusive Galaxy Foamposite. A man of culture indeed.

PLEASURES and Reebok collaborate once again