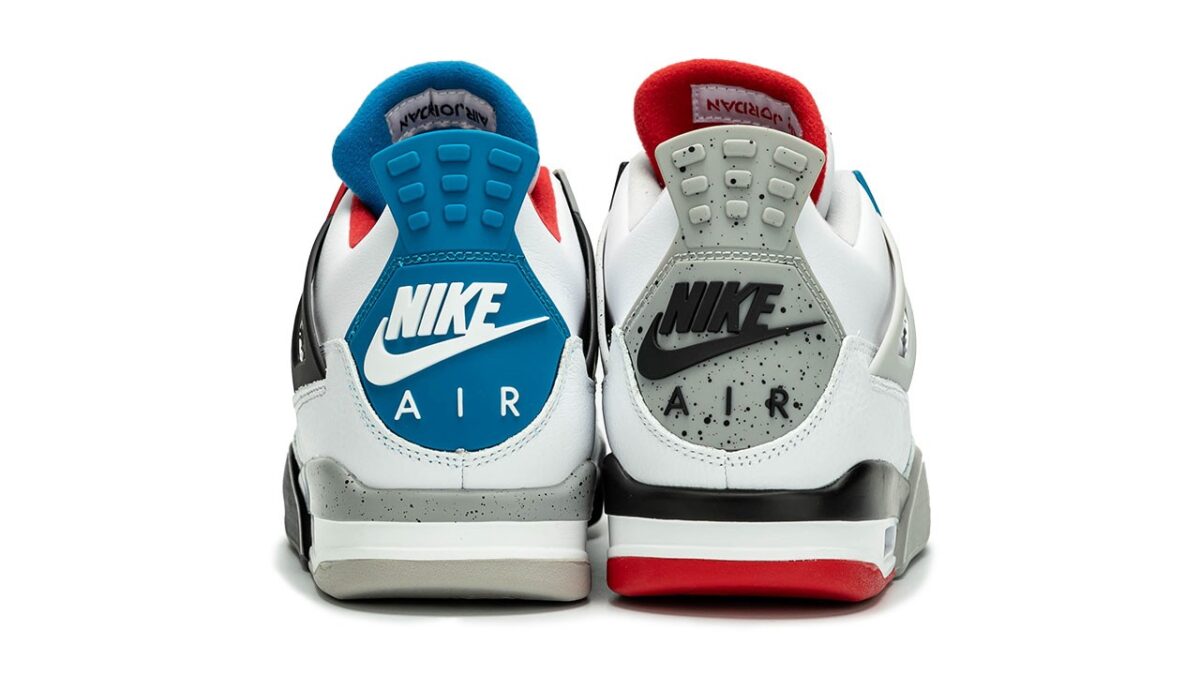 Debuting on the Nike SB Dunk Low back in 2007 since then Nike’s “WHAT THE” concept has been used on numerous silhouettes. The head-turning mismatched colorblocking has also been showcased on classics like the Air Jordan I and Air Max 95 and today they released another one with AIR JORDAN 4 ( dropped in India exclusively at VEG NON VEG).

Right on that note, we thought of going over the history of WHAT THE and showcasing their best pairs from the concept

so here are Top 5 Nike pairs with WHAT THE concept.

LeBron James is one of those dudes that probably should be MVP every season. Not only is he going up against every other player in the league, but he is also being compared to prior iterations of himself which many say is the reason the King is only a four-time MVP. Anyway, I’m getting a little off track, I just had to force that in there. After winning his fourth MVP award honoring his memorable 2012-13 season, Nike made James a “What The” version of his 10th signature shoe. Like all the other “What Thes” out there it combined elements from prior LeBron X designs, but it was the signature MVP details that really helped this particular pair stick out. Reselling for the second highest average price on this list, the “What The MVP” LeBron Xs have to be considered one of the all-time greats.

Released in 2015 for the Air Max 95’s 20th anniversary, this “Greedy” rendition combined four original style colorways—“Neon,” “Safety Orange,” “Grape,” and “Hot Red”—for a mash-up that was surprisingly wearable. Its outer lateral panels stuck with the Air Max 95’s OG grey gradient, while the inner section split things up with a more dramatic black fade. It was met with mixed reactions upon its release, but time has been kind to this pair, which is now tough to come by for under $500.

“What The” releases are known for being vibrant and eye-catching, pairs that not everyone might necessarily be able to pull off. Jordan Brand changed that in November 2016 when it decided to release its first mashup colorway, the “Top Three” Air Jordan I. While not quite the same as a traditional “What The” release, we think it fits the bill. Like its nickname suggests, this pair combined color blocking from three OG Air Jordan Is: the “Chicago,” “Bred,” and “Royal.”

The Jordan Brand never shies away from celebrating anniversaries. Any excuse to release new product is something the Jumpman is going to take advantage of and do well. 2019 is the 30th anniversary of the beloved Air Jordan IV and the masses have been greeted with countless new and original colorways. To celebrate the model’s glorious history, the AJ4 is wrapping up with its own “What The” iteration that fuses together the recognizable aesthetics of the “Bred”, “White/Cement”, “Military Blue”, and “Fire Red” iterations. A classic “Nike Air” stamp on its heel adds a clean finishing touch that is going to catch any diehard Jumpman fan’s eye. This has been definitely one of the best drops of jordans in 2019.

The original still reigns supreme. While the “What The” concept has clearly been recycled over the year on numerous occasions, there has yet to be a pair that compares to the original Nike SB Dunk Low from 2007. The pair featured mismatched left and right shoes that combined aspects from 31 different colorways from SB’s heyday. Supreme’s Dunk Low and High collabs, the “Raygun,” “Tweed,” “California,” and “Heineken” are just a few of the notable inclusions. The pair has seen a resurgence in the spotlight in recent years too, thanks to people like Travis Scott and Wale. Pairs are hard to come by, especially for an affordable price point, but there’s a reason this pair is a grail for so many collectors to this day.

So here are, according to us the top 5 pairs from WHAT THE Vault

And stay tuned for more