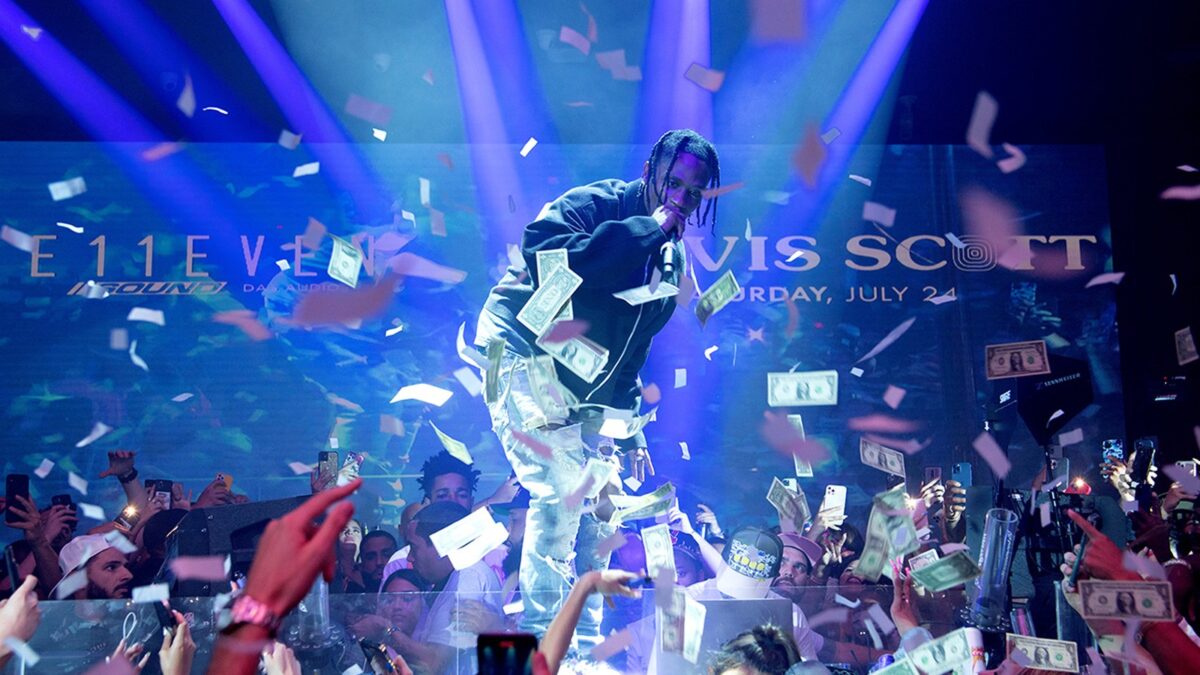 Just days before the release of his anticipated Fragment x AJ1 Lows, the hip-hop mogul has been spotted, sporting a pair of a never-seen-before Nike Air Trainer 1 Mid silhouette.

From what we can deduce from the paparazzi shots, the pair is dressed in his signature brown and pink tones. The brown tone on the sneaker has been associated with the Cactus Jack founder on several occasions, ranging from his not-so-iconic brown Batman Halloween costume to his custom-made Lamborghini Urus- the popular brown hue has now become synonymous with the Houston rapper. In addition to the brown shades, the reverse Swoosh, another one of his signature elements, can be seen in a pink hue which is also featured on the eyelets and tongue.

Let’s not get too excited though, as the rapper is known for his exclusive friends and family only pairs. With that, there isn’t any information about an official release date yet, but keep your eyes peeled and follow this space for more updates.